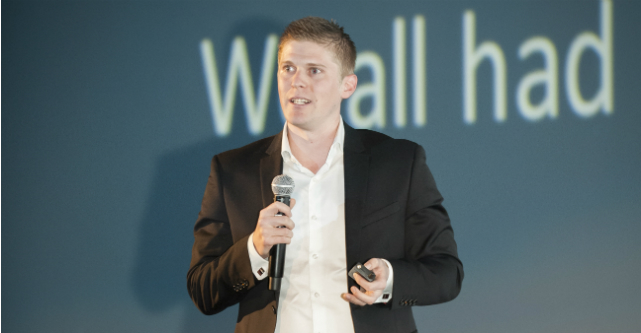 A Sydney-based startup aiming to improve the lives of elderly people has scored a $1 million investment from non-profit health fund HCF.

Curo offers passive, non-intrusive sensors that pick up positive and problematic behaviour in seniors’ homes, giving care providers and families data on their movements and wellbeing.

The startup was founded by Tim McDougall and his brother Matt after watching their own grandparents age and wanting to reduce the stress for all involved in caring for them.

“What we’re trying to do is connect both professional carers and family members with seniors,” McDougall tells StartupSmart.

“Our goal is to keep people healthier and more independent.”

“They’re great at calling the ambulance when someone has a fall but not so good at reassuring families things are okay,” he says.

Before securing the $1 million investment from the fund, Curo recently participated in the HCF accelerator, which helped the brothers established a relationship with the organisation.

The capital injection will help power up the startup and give access to strategic partners in the industry, McDougall says.

“Money is important – that helps us bring in some expertise that we wouldn’t have been able to afford,” he says.

“But equally important is the relationship with HCF.”

“HCF has a keen interest in not only the business but the greater goal of enabling people to live independently, for longer,” Jack says.

“We are delighted to be investing in Curo, which we believe can make a real difference to the lives of Australians – we look forward to watching them grow.”

Curo is currently looking to establish a presence in the US, with McDougall working to build operations in Michigan and the startup planning to run several pilot programs in Australia’s aged care sector.

“It makes us more competitive by operation in both at once,” McDougall says.

“We become a better company and a better product.”

The startup has recently signed on Medibank as a major partner, and McDougall says he is currently in talks with several other potential partners going forward.