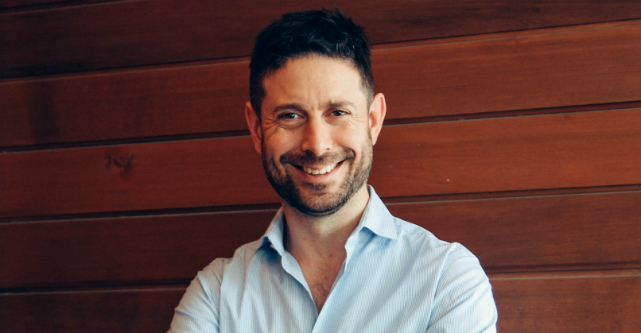 Global on-demand food delivery company Deliveroo has closed a $361 million ($US275 million) Series E round as the startup giant looks to “deepen its roots” in Australia.

The funding round in the UK-based tech company was led by Bridgepoint, with capital also coming from DST Global, General Catalyst and Greenoaks Capital.

It follows Deliveroo’s $140 million Series D round in November last year and brings the total amount of funding in the company to $623 million ($US475 million).

Deliveroo founder and CEO Will Shu says he is “proud and honoured” about the Series E round, with the capital injection used primarily for continued growth and product development.

“After seeing strong growth in the markets we launched in November, our new focus is to drive further innovation in food delivery,” Shu says.

Australia was one of those markets that Deliveroo launched into in November last year, with the food delivery service now operating in Melbourne, Sydney and Brisbane.

Deliveroo Australia country manager Levi Aron says the local growth has been “nothing short of phenomenal” and the funding round will go towards expanding the startup’s reach in Australia.

“We’re putting money towards furthering our innovation and deepening our roots in Australia.

“We’ll be going further in the cities we currently operate in, making sure our restaurants have the best innovation and growing our market share a lot further. It also gives us the ability to expand further within Australia and grow the Deliveroo brand across Australia.”

Globally, Deliveroo has enjoyed 400% growth since November last year after launching in 29 new cities and bringing on 9000 new restaurant partners, according to the company.

Deliveroo was forced to defend how much it pays its riders in Australia earlier this year, with a Fairfax reporting revealing that some were paid as little as $10 per hour and listed as “independent contractors” rather than employees.

At the time, Aron told StartupSmart that Deliveroo was trialling a new system of paying per delivery rather than the hourly rate.

All Australian Deliveroo riders now have the option to take the hourly rate or be paid solely by commission, Aron says.

“We’ve moved to an even more flexible model with the drop fee only,” he says.

“It depends on the riders themselves and which model they want. Some choose an hourly rate, some choose the drop fee. We speak to the riders and they get to choose.

“People can go out and get paid for each delivery. This flexibility enables them to enjoy what they do and earn very well. We pay well, contrary to some of the comments out there and misconceptions and our riders’ wellbeing is paramount.”

He says that the flexibility offered by this employment option justifies the payment concerns.

“We have riders that work during the day and want to deliver at night, or they’re at uni and want to earn money flexibly.”

The on-demand food delivery market has grown increasingly competitive and saturated in Australia this year, with startup giant Uber recently launching its Eats service in Melbourne and Sydney.

Aron says this competition is healthy for consumers and that Deliveroo’s sole focus on food sets it apart.

“It signals to the community that there’s a lot of demand in this space,” he says.

“I have a lot of respect for competitors but what we do that’s different is we have a singular focus. We’ve been working on the business for four years and working solely with restaurants.

“We’re not expanding to delivering iPads or working for Australia Post. We focus purely on food. We want to own that space and that’s something we’re working very hard on.”

Aron attributes much of Deliveroo’s rapid growth and success in the Australian market to the local team.

“We’re able to have the success that we have had and the growth we have had based on the team we have here,” he says.

“They’re the boots on the ground doing what they do and helping us towards our mission of being the best food delivery service in the world.”