Did Gonski get it wrong? Australian early stage investment is alive and growing, experts say 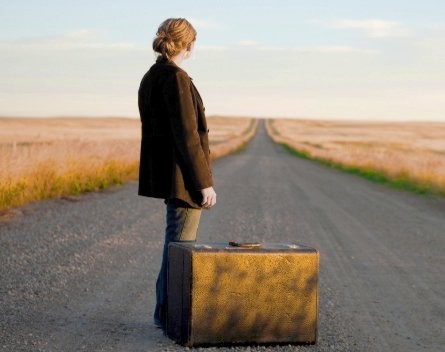 A debate about the role and size of the early stage venture capital community was sparked last week by David Gonski’s comments that Australian entrepreneurs are being driven overseas due to a lack of available funds.

Speaking at an Australia-Israel Chamber of Commerce event, the Australian Future Fund and Coca-Cola Amatil chairman declared the diaspora of Australian entrepreneurs heading overseas to find investment a “tragedy”.

“We need an industry that is involved in early-stage investment and I don’t think we can get that when the major pools of money are being judged on 30, 60, 90 or 180 days because these things take much longer,” Gonski said.

However, Venture Advisory executive director, Sydney Angels member, and investor Adrian Bunter told StartupSmart Gonski was incorrect in his assumption there is no adequate pool of funds.

“In some respects he said there were no early stage funds and the only option was to leave Australia in the early stage. But the reality is start-ups don’t need to leave to raise funds and there is a lot of investment activity going on here,” Bunter says.

According to a PwC and Google report on the start-up ecosystem released earlier this year, there are over 500 angel investors, 10 angel groups and one sidecar fund, and almost $600 million in management by 20 venture capital groups.

“But there is always more money that can go into the system and he is right that a lot more needs to be done, especially from an institutional investor perspective. Most super funds don’t look at early stage start-ups and are more guided by those shorter couple of month return windows.”

Bunter says encouraging super funds to back start-ups will not be an easy task.

“It is very difficult for institutional groups to invest in start-ups because they’re so large. They’d need to allocate a significant proportion funds to see the returns their shareholders expect.

“Venture capital here really started to grow during the dot.com phase, and towards the peak of it, so venture capital doesn’t have a great track record over the last ten years or so. Therefore the super funds aren’t allocating much money to venture yet.”

“There is a huge amount of investors who are comfortable with that level of risk, so concerns about high-risk investments are not exactly the problem,” Bunter says.

Concerns around the lack of funding at the series A-round level have largely been met, according to Kar-Mei Tang, head of research at national venture capital industry association AVCAL who addressed an event for venture capital investors in Sydney late last month.

“The start-up sector has been an emerging force over the last three years and we’re starting to see more founder investors and super angel activity which will filter through to venture capital,” Tang said.

Alan Jones is an investor and advisor for a range of start-ups including BugHerd, ScriptRock and through the Startmate accelerator program and Blackbird Venture Capital portfolio.

He told StartupSmart investing in start-ups would become increasingly popular as people seek investment options not shackled to commodity prices but instead driven by smart people tapping into new trends.

“People who are considering investing in start-ups often say it’s risky. But for those of us who are already doing it, we know we’re investing in people, technology and innovation. To me, that seems like a much safer investment than some of the other sectors where Australians invest such as mining, agriculture and aquaculture,” Jones says.

Jones says the tendency of Australian investors to pour money into industries vulnerable to fluctuating commodity prices needs to evolve.

“As no one in Australia has any influence on the future of commodity prices, it’s all speculation,” Jones says. “Sure, we have different challenges about gaining capital and getting permission to shoot for the moon, but usually when you start-up here, you’re servicing a global market and there are lots of options.”

While there is significant risk involved in investing in early stage companies, Jones says the early stage start-up investment community in Australia is growing as investors gravitate towards more personal connections with their investee companies.

“I’d rather back someone with a great technological idea, because the risks there are much more about picking the sentiment of customers correctly. The biggest thing about the tech start-up industry is there is no such as thing as a unique idea, so you need to find and back the team that will be the best at executing on their plans,” Jones says.