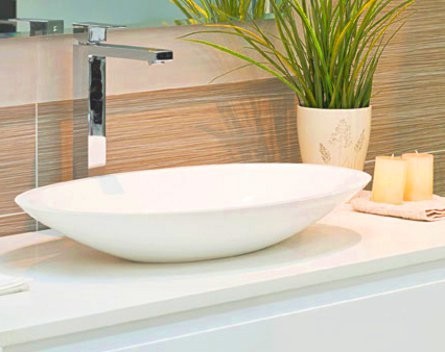 Disruptive Investment Group (DVI) has negotiated an option to increase its stake in bathroom component manufacturer and e-commerce startup Allure Bathrooms to 50%, in exchange for $2 million of growth capital.

It follows an agreement in March that gives DVI an initial option to provide $1.5 million of investment in return for 40% equity.

The Melbourne-based startup was co-founded by Tony Nguyen and Vinh Luong in 2010 and began as a humble eBay store.

Nguyen says the decision to potentially give up 50% equity was a difficult one.

“It was a tough negotiation,” he says.

“I guess after starting up our business, giving up half of it was never our intention. But after the initial stage, after discussions we looked at the bigger picture.

“After a good talk with the DVI guys, it was matter of understanding where they were heading with the company, and we think it’s a good match.”

Luong and Nguyen began the business after deciding they’d had enough of their 9-5 jobs.

Following a visit to Vietnam with his parents, Nguyen had been investigating the prices of various products compared to those back in Australia, and was quite surprised by how cheap bathroom fixtures were there, considering the relatively similar standard in quality.

Soon they had their own stock of product, but their initial plans to sell them locally backfired when they found no takers, so they decided to list the products on eBay.

The stock, which they’d initially found difficult to move, sold quickly online and after getting a feel for the market, the duo decided they would team up with a designer and launch their own range of products.

“From there it’s been growing, we were quite confident with the online business and the exposure that goes with it, the feedback we were getting from customers gave us the confidence to open up a retail store,’’ he says.

“We’ve been selling online for about two years and then for the retail for about a year now.”

They had a record breaking month in March, reaching almost $180,000 in revenue.

Nguyen says the company is now planning to open up a number of physical stores around the nation and expand their online services.

“DVI see the big potential of online, that’s their area of expertise as well.

“We’ve noticed there’s been little done online with these types of product so that’s a big area we want to look at.”