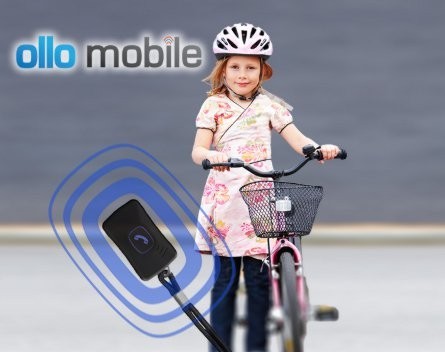 “The exposure we received is great. I’ve been dealing with an avalanche of emails ever since,” Ollo Mobile founder Hugh Geiger told StartupSmart. “Senator Conroy said he couldn’t wait to buy some of our product for his parents.”

Ollo Mobile is seeking to replace the panic button service for the elderly with a more user-friendly option, after discovering the panic button system wasn’t well used because elderly clients found the call centre system intimidating.

Ollo Mobile is launching a service that will turn the emergency call process into a social and family interaction.

“We wanted to make it something the elderly will actually want to use,” says Geiger.

The product is an integrated service combining a wearable 3G product connected to a software platform and mobile app.

When a person activates the Ollo Mobile product, an instant conference call is created through the software system. The system calls all the family members or friends listed. Whoever is available picks up the call and responds.

The system also sends out a text with the exact location of the caller. Clients can also choose to have medical information such as allergies or GP contacts sent out with the conference call.

With the prototypes for the button product, the platform and the mobile app developed and a pilot planned for later this year, Geiger is on the “investment warpath” at the moment.

After four months of meetings with several interested domestic parties, Geiger is also focusing his company’s attentions overseas. He plans to launch a Kickstarter campaign for $1 million in the next few weeks.

“Hardware is pretty hard to raise funds for, especially in Australia. As an early start-up, we have limited energy and resources. We’re worried that we’re not going to get enough here, so we’re focusing on the US,” says Geiger.