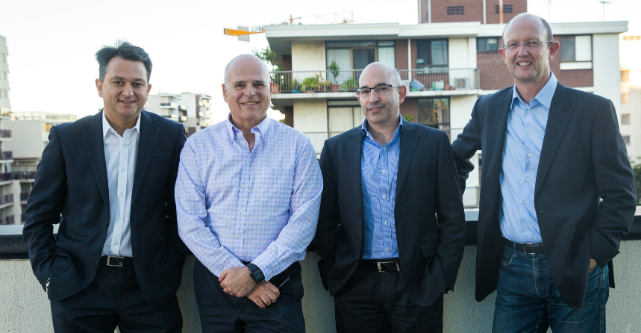 The Microequities Venture Capital Fund will have a target close of around $20 million and will be investing between $500,000 and $3 million in local startups in exchange for 5-40% equity.

Microequities will be handling the compliance and fund management side of things while Equity Venture Partners will be zeroing in on the investment companies.

Szekely says around $10 million has already been raised for the fund, and he hopes the full $20 million will be closed within a month.

“I’d be surprised if we don’t close it within a month,” Szekely tells StartupSmart.

“But if people start throwing money at us we won’t take it, we will close the fund. We will cap it to allocate sufficient time and resources to each company. We want to manage it to a size where we believe we can create the most value among the portfolio.”

On the hunt for exception founders

The fund will be on the hunt for startups with strong early-market validation, an “exceptional” team, well-defined target market and a pathway to exit within 5-7 years.

Szekely says it will be mainly focused on SaaS and two-sided marketplace companies, but the team behind the startup is always crucial.

“The most important thing is the character of the founders,” he says.

With a saturation of large VC funds in Australia this year, Leibman says it is the experience of the team behind the fund that will set it apart.

“An important part of the differentiation is that we have been very deeply engaged in the startup community for the last 10 years,” Leibman tells StartupSmart.

“We have worked across a whole range of startups that have grown to become very successful and very well known, and the differentiating factor really is our long-standing involvement with a number of leading starutps over the last 10 years.”

Szekely adds that the fund’s experienced team will be taking an active interest in each portfolio company, including through board representation.

“Our approach will be to help grow the business, not to invest the money and wish them luck,” he says.

“Having active investors can actually be the thing that helps make the business. No matter how good a young entrepreneur is they can still benefit massively from experienced people on the board that have been there and done that.

“We’ll do all sorts of things that a traditional investor wouldn’t. We’ll be much more active and hands-on.”

The announcement comes just a week after Reinventure announced it had closed its second $50 million startup fund, and continues a ground-breaking year for venture capital in Australia.

This growth in the sector is the result of a natural progression and the government’s movements in the space, Szekely says.

“There has been an absolute rash of new venture capital funds and there are more in the pipeline,” he says.

“That has been the result of many factors. The markets are growing organically and the government has poured tax incentives and PR and publicity on the healthy bonfire.”

But with many people now actively trying to get involved with venture capital, he says it’s important that the funds are backed by those that have had experience working in the startup space.

“It’s the right time to be getting into startups and VC but a lot of other people will lose their money because of a lack of expertise behind them,” Szekely says.

“Lots of people are jumping into the space from a private equity background from the big end of town. That doesn’t make them well suited for understanding the early-stage companies and early-stage investing.”