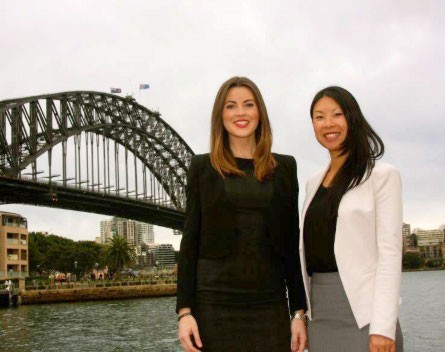 Co-founders Emily Yue and Bridget Loudon told StartupSmart the funds came from a variety of start-up investors and business leaders who are mostly based in Australia, but also two in Hong Kong and one in New York.

The capital raising for the business, which has seen triple digit revenue growth since it was officially launched in July 2013, was oversubscribed, with offers from a range of senior business and investment leaders in Australia, Asia and the US.

“The funds will go towards improving the platforms, towards ensuring we’ve got the best and brightest advisors through awareness raising campaigns and then helping on-board these people. We’ll also launch awareness-building campaigns for potential clients too,” Loudon says.

She adds they’re particularly excited about investing in some tools they’re creating to help the expert consultants promote themselves and make the best use of the platform.

The target customers for Expert360 are medium-sized corporations, private equity firms and boutique consulting firms that need extra capacity. Over 3000 consultants are listed on the platform, based all over the world including Australia, the US, the United Kingdom, Germany and France.

Yue and Loudon, who was last year named among StartupSmart’s Future Makers, met while both were working with management consulting firm Bain & Company, where the idea for the online platform was born.

“We saw that businesses of all sizes found it difficult to engage experts and consultants on a flexible basis. They might need a person or two for particular projects and couldn’t access top talent. We also saw a huge and growing pool of top notch execs and consultants who want to go freelance, so came up with an online solution,” Loudon says.

Yue adds the consulting industry is worth over $30 billion.

“The consulting industry is on the cusp of a major disruption and Expert360 is perfectly positioned to ride that wave,” Yue says.

The transition from staff management consultants to start-up founders has been a fun but challenging one for the team.

“Coming from a resource rich environment to a lean start-up, it’s totally different. You have to totally change your mindset and how you make decisions from the tiny ones right through to the big ones,” Loudon says.

“We had to get laser-focused. Anything that’s not on the immediate launch and growth agenda you have to drop. We were bootstrapped from the beginning, and nothing teaches you to be lean like running a business on your credit card for six months!”