The top four tips from the Facebook Accelerator program 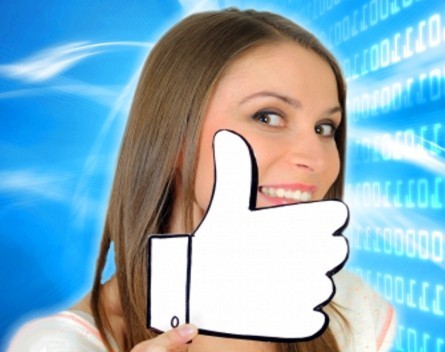 Twelve start-ups and small businesses have graduated from Facebook’s accelerator program last week, armed with in-depth knowledge about how to use the platform to promote their businesses.

Facebook announced their accelerator program for start-ups and small businesses in July, and announced 12 finalists in August.

According to the latest Facebook user metrics for Australia, there are almost 10 million daily active users of Facebook, and 12 million monthly active users.

Nick Bowditch, manager of small business for Australia and New Zealand at Facebook, told StartupSmart the major discussion that rolled over the training period was the need to be authentic.

Be honest about who (and how big) you are

“The very bottom line and most simple thing we pushed was authenticity. You need to represent your real brand as it is,” Bowditch says. “In the end, your fans are going to love you or not, and if you’ve been authentic from the start you won’t have to backtrack.”

Bowditch says this discussion, and how to avoid the major branding errors involved, was especially important for the younger companies.

“Always referring to yourself as ‘we’ when there are only one or two people can be off-putting. People want to support start-ups and small businesses, so don’t make yourself out to be a multi-national business or something bigger than you are,” Bowditch says.

Just ask your followers what they want from you

Bowditch says one of the big learning curves for business in the age of social media is recognising how directly they can engage with their audience.

“Of the 12 companies, none of them were really asking their fan base what they want. So much of Facebook is high tech, but the underlying principles are about common sense and simplicity. If you want to get more engagement from you audience, just ask them what they want,” Bowditch says.

Not only will this provide you with the insights to shape your content sharing strategy around, Bowditch adds it will increase the connection your customers have to your brand.

“Ask them what they want, what their pain-points are and how you can help. This really isn’t traditional marketing anymore, with Facebook it’s a two-way conversation,” Bowditch says. “This makes your followers feel really included in the business as well. And people really love doing that for start-ups.”

Create content your users may not know they want yet

“There are a lot of cat pictures on Facebook, but would that sell more hammers for a hardware store?” Bowditch says, using a hardware store as an example. “You can be a bit salesy but your people want to know about renovations, about The Block, about how to build a sandstone wall, things that are topical and interesting that you can be the expert in.”

Bowditch says while only two out of 2000 followers may have been planning to build a sandstone wall, you might find 20 people click through, creating 18 new customers.

The most useful product lesson of the program was around the customer audience features, which enables page admins to match the emails of their database to the login details of their Facebook followers.

Bowditch says one of the companies in the program launched a customer audience campaign during the accelerator and is already booked out until March.

“You can now create ad campaigns that are just seen by those already in that. If they sign into Facebook with the same address, we can match it and give you another way to reach this customer audience, so you can create follow up ad campaigns just for these people,” Bowditch says. “This feature means your costs come down, and the targeting is greater.”