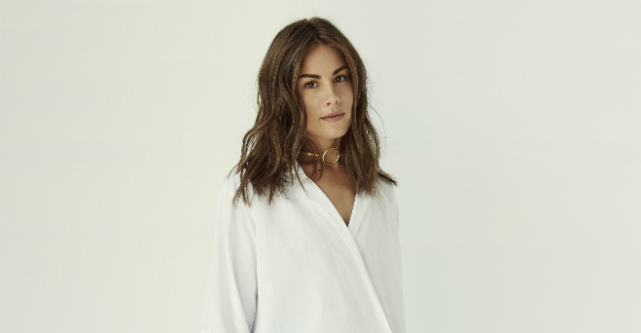 When Fame and Partners founder Nyree Corby arrived in the US on the hunt for a large Series A round, all she had was a one-way ticket and a handful of contacts.

But the Sydney entrepreneur was determined to stay in the country for as long as it would take to secure the funding for her fashion technology startup.

“I landed in the US with three contacts and a will and determination to return with a strong investment,” Corby tells StartupSmart.

Fame and Partners, which uses a proprietary algorithm to offer bespoke dresses to customers, had resolved to secure the funding round from the US more than a year ago, and Corby flew out to the US in October.

The sole founder of the startup worked tirelessly while in the States, looking after the business through the night and kicking off the investor roadshow during the day.

“I was getting about four hours sleep a night – it was exciting and exhilarating,” Corby says.

“One introduction led to another and then I was zigzagging across the US meeting with 35 different funds.”

Corby’s determination and commitment paid off, with Fame and Partners eventually being offered four term sheets for the Series A round.

They eventually decided that Firstmark Capital and Upfront Ventures would co-lead the round of $US7.6 million ($10.2 million) due to a “depth of experience” in their industry.

“We felt that the exposure across the two coastlines would be really relevant for us as Australians coming here and breaking into a new market,” Corby says.

“Each state behaves quite different so they’re key to us understanding it.”

While Corby says she was always planning to look outside of Australia for the funding, some local investors have also participated in the round.

“But looking at the company’s growth prospects it was a strategic decision to take the business and really scale it to the heights that we wanted – to truly disrupt women’s wear globally – we needed support of local market investors that have directly seen and been exposed to fast-moving commerce businesses at scale,” she says.

Along with the cash injection, the startup will be relocating its headquarters from Sydney to Los Angeles.

Corby says this was an easy decision that made sense for the business.

“If we’ve got directors in key markets where 70% of our revenue is currently derived it would be impractical for our headquarters to be in a timezone that’s 15-19 hours different,” she says.

The LA move will see 10 Fame and Partners Australian employees relocate, and the company is also looking to hire in the US.

After being founded by Corby in 2014, the fashion startup has enjoyed rapid growth and uptake.

“We really kicked some major goals on the revenue side and truly validated the market demand,” Corby says.

“The Series A is about scaling the infrastructure required to service our customers.”

How to raise money in the US

For fellow Aussie entrepreneurs looking to raise funding abroad, Corby says it’s important that they’re in it for the long haul.

“If you’re planning to raise in the US, don’t plan the trip for a week, buy an open-ended ticket,” she says.

“US VCs will take you more seriously if they know that’s your approach. So many of them said to me, ‘the reason we’re still talking to you is we know you’re serious because you bought an open-ended ticket’.

“So many Australians come over here for a week, but then how do they do the follow-up? Are they really committed?”

It’s also important to prepare for these key stages early on, she says.

“Make sure raise enough money in a seed round to hire at least one or two really high quality key executives,” Corby says.

“As a single founder I shouldered the business all the way through until I hired key people at the seed round.

“Had it not been for them I wouldn’t have been able to be away from the business for the duration of time that I had to be in order to get the round.”