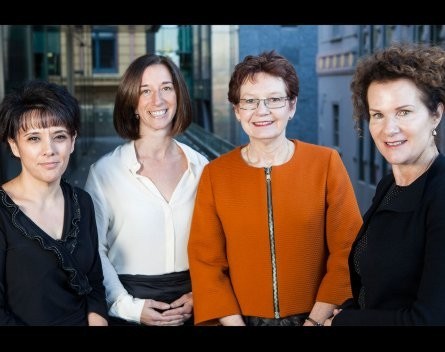 Scale investors, an angel investor network dedicated to funding start-ups with female executives, will this week induct their first 20 investors after launching in early July.

All of the founding group have signed on as investors, as have a range of high profile businesswomen including Diana Williams, the founder of Fernwood Fitness, and Jo Fisher, a board director and successful entrepreneur in the recruitment industry

Scale will only invest in companies with at least one woman in a senior executive role with a significant equity stake.

McKenzie told StartupSmart that the new investors were ready to have a serious impact on the lives of female entrepreneurs and the wider start-up community.

“It’s really good for entrepreneurs to have a new group of angel investors who have a wealth of experience and are happy to open up their networks in a market where there is scarcity of capital in Australia,” McKenzie says.

“And we think that’s a good thing for us, because we’ll be able to capitalise on those opportunities when they do appear, and get great returns so money can be recycled and re-invested.”

McKenzie has met with just over 20 appropriate businesses looking to raise up to $500,000, and four have formally applied. The interested businesses include medical devices, online dating sites, software-as-a-service businesses and consumer goods.

McKenzie says she never doubted there would be demand for investment funds, but was relieved to find so many women keen to sign on as investors.

“I was more concerned we wouldn’t find investors, but my board were confident they would invest and they knew lots who would,” she says.

Four of the 20 investors were male, with three being part of couples and one individual male investor. McKenzie says this was what she expected.

“That feels about right to me. I think about 20% of our members will be male, and really it’s about them recognising the economic opportunity in the marketplace, and really sharing our vision around maximising returns in businesses that value gender diverse businesses,” McKenzie says.

She adds that for many of the investors, this was their first exploration of private equity.

“Many are looking forward to educating themselves about this space. It’s a different asset class to other financial investments they have in their portfolio such as property, cash and public equities,” McKenzie says. “I also think it’ll be fun. They’re all very excited.”