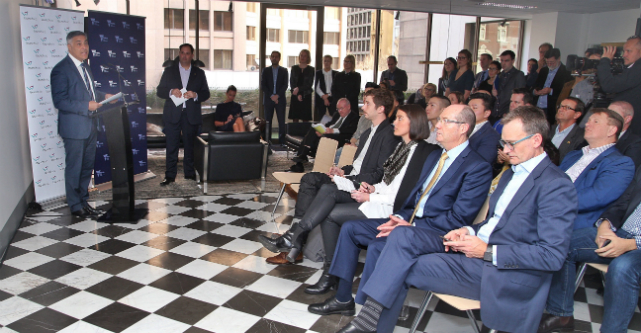 Victoria’s independent $60 million innovation fund has dished out $6.5 million in grants to 18 projects aiming to make the state the “destination of choice for startups worldwide”.

The recipients of the first round of LaunchVic grants were announced on Monday morning by Victorian minister for innovation Philip Dalidakis and the body’s chairman Ahmed Fahour.

The winning projects range from “small ideas” like a leadership program for the next generation of female entrepreneurs in the state to bigger ones like the establishment of a new “world-class tech and startup destination” at Abbotsford Convent.

The largest grant recipient is for Runway, which will be getting $1.25 million to go towards a range of initiatives to grow the startup ecosystem in Geelong.

Runway CEO Peter Dostis says the funding will be used to immediately launch an incubation and investment program for local startups, with a long-term goal to raise $10 million to grow the region.

“We will attract smart people, smart businesses and smart investment into our economy,” Dostis says.

“With Geelong’s startup ecosystem poised for take-off, Runway will play a central role in retaining and supporting the regions significant entrepreneurial talent pool.”

La Trobe University has picked up $1 million to build a regional accelerator program, while world-renowned accelerator network Startupbootcamp will be receiving $600,000 to set up shop in Melbourne.

“Receiving such a significant sum really validates the need to build something of this scale in Melbourne,” Inspire9 CEO Mark Balla says.

“We want to turn the traditional hackerspace offering on its head by bringing together multiple partners into an environment for hardware, middleware and traditional makers to work together and explore what sprouts from these connections.

Dalidakis says these winners will help lay the groundwork for a thriving startup and innovation ecosystem.

“We want Victoria to be the location of choice for startups worldwide and LaunchVic is making it happen,” Dalidakis says.

“These projects will help young companies and ideas to create jobs and industries that will support Victoria for decades to come.

“The Andrews Labor government is investing heavily in Victoria’s startup and tech sectors – the future of job creation in Victoria.”

Fahour says the recipients showcase the diverse strength of the state’s entrepreneurs.

“LaunchVic’s first round of funding celebrates the fact that entrepreneurship comes in many shapes and sizes – there is no one ‘face’ that represents the startup ecosystem in Victoria,” Fahour says.

“We will continue to work to enhance competition, collaboration and quality in the ecosystem, not duplicate what others do.”

Three of the 18 projects are focused on fintech, with Fintech Melbourne receiving $30,000 to build “more rigour and robustness” around the sector and Fintech Australia scoring $300,000 to host a fintech conference in November and build a wider fintech strategy for the state.

“As both an organiser of Fintech Melbourne, a member of Fintech Australia and a founder of a Melbourne-based fintech, it’s great to see the Victorian government and LaunchVic get behind the fintech industry and give it the support is has needed,” Stoyan tells StartupSmart.

“I’m looking forward to working with LaunchVic and Dalidakis over the coming months to ensure that Victorian fintech is world-leading.”

The 18 grant recipients in LaunchVic’s first round of funding: