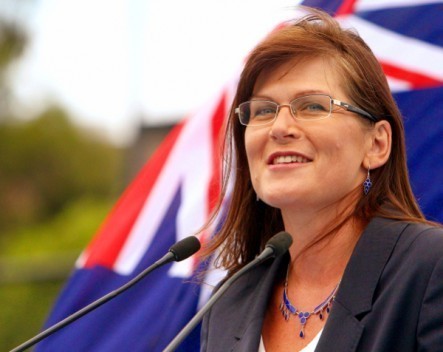 Former federal sports minister Kate Lundy will join the board of the Australian Sports Technologies Network in order to coordinate the growth of Australia’s competitive sports technology industry.

Senator Lundy, who was the minister for sport in the Gillard government, said in a statement she was excited to be joining the network’s board of directors.

“I have been closely following the progress of the ASTN over the past three years, and thank Mr Demetriou and the board for approaching me to take on a directorship,” she said.

“I believe that my experience in sports, technology and innovation portfolios will add considerable value to the ASTN’s strategic opportunities.”

Craig Hill, executive director of the Australian Sports Technologies Network, told StartupSmart the board appointment will help the organisation strengthen connections within state and federal governments.

“Kate’s very much understood what we’ve been trying to achieve and the potential for our industry since we were established back in April 2012,” he says.

“She also launched the ASTN in her position as minister for sport and minister assisting innovation at the time.”

Lundy announced in November last year that she would not be standing at the next federal election and will retire from her Senate position at the end of April.

“We’ve been we want to start rolling out some of the programs we’ve already launched into other states – our exporting program and our mentoring program — and Kate will open some doors in that regard.”

The news comes as ASTN moves to cement its growth opportunities both domestically and overseas.

The network yesterday announced a formal partnership with leading advisory firm PwC in order to host workshops and masterclasses on digital innovation, fundraising and business structures.

A major study will also be conducted in order to identify how Australia’s sporting products and the manufacturing industry can better tap into global supply chains and consumer markets.