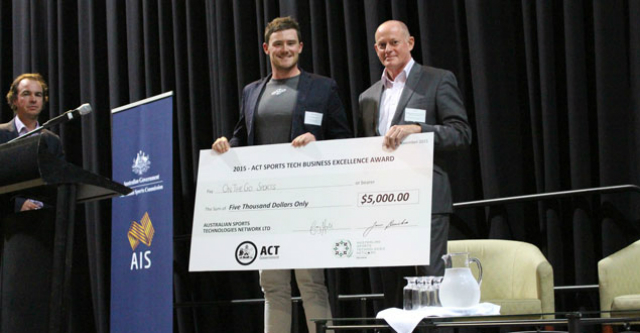 We’ve now had close to four proper years trading under our belt at ONTHEGO and I often sit and reminisce on the advancements we’ve seen, the mistakes I’ve made and the advice I’ve been given.

Having massive growth since we started the company in my parents’ garage, I often see myself questioning the ways I’ve gone about growing our company, the ways I see other startups talking and how the media talks every day about capital raising and the need to raise money early in a startup.

I tend to somewhat disagree with a lot of the hype for investors in the early days of business, for many reasons.

I have also taken advice here from some of who I see as this country’s best entrepreneurs.

My path was different though. I started with $150 in the bank – I actually did not know what “capital raising” meant for the first two or three years of my company.

I only recently bought on a new set of shareholders in my company and until then it was 100% owned by myself.

We saw the massive market opportunity we have to fast-track our growth and therefore made new capital expansion plans.

Something I don’t tend to talk about too much, though I think is important to voice, as I often have the same question put to me by other startups: How much money have you raised? How much equity do you own? When are you exiting the company?

All of these questions are important business questions, but I tend to believe early-stage founders should be spending more time validating what they’re doing before raising money and getting other peoples money creating the band-aids.

If there is one thing I am thankful for it’s dragging out the raising path on our own for as long as possible and out of that there were some interesting things I learnt.

It’s important to learn to feed a hungry crowd first

I see so many companies spending so much of their valuable time talking about the plans, ideas, points of difference and critical mass points.

The idea versus execution narrative is never more paramount than in startup. I remember when I registered my business name I had $8 left in my bank. That money bought me and my first client a coffee. He needed t-shirts done fast and I made it happen. I fixed his problem and validated my model while doing so. A paying customer is the hungry crowd – go feed them.

The more you know about what is really happening in your industry, business and product, the more sound conversation you can have with potential investors.

When I first went to investors, I was having a very sound conversation, as they had either approached me first or i was singling them out to come on board. I had demonstrated significant traction, real results, real mistakes and real opportunities. Proven tactics over dreams work any day, and I realised I got way more ahead when I had demonstrated proper bootstrapped growth that my customers had funded.

The one thing I am amazed at is the amount of founders that are not over their numbers to a point that they think it is not relevant.

Cash is oxygen and numbers are critical. We’ve all made the mistake before and we only learn that way, though the one big thing I am happy for was being across all of our numbers, to a point where i had my head in our financial modelling 24/7 until I knew absolutely everything about each part.

There is a time to let the professionals and ‘experts’ take over these things, though if you as the founder have a good understanding what the basic details mean, how they are relevant in running your business you’ll get a lot further along with often less cash needs.

There does come a time when you need to let go to grow. Not many people have built a massive company without dilution.

These entrepreneurs have all managed to hold on to as much equity as possible for as long as they can. The reasons are they want to maintain some form of control in their baby and they deserve a substantial exit some day when that comes.

Too many early-stage founders let go of a lot of shareholding in order to raise more and more capital. Next minute they can be faced with owning 5,10 or 15% of something that’s not where they wanted it.

It’s a marathon full of starvation and the longer you can hang on while maintaining hunger the better you’ll be in the long run.