Free to fail: Why corporates are learning to love venture capital 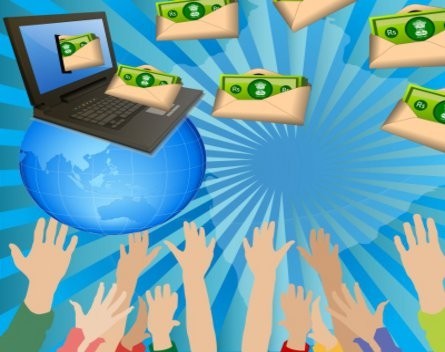 Opening a venture capital branch seems to be the new “thing” in the corporate world. While Telstra and Westpac are the new big national players, Google is clearly ahead of the curve, with two distinct venture capital firms: the newly launched Google Capital and the five-year-old Google Ventures.

But why are so many companies, across a range of sectors, now running to open their own venture capital funds? And why does a company like Google, which has already delivered tremendous innovations in the past, now need to innovate “on the outside” with not one, but two, venture capital branches?

Venture capital has evolved as a tool to provide financing to firms in situations of extreme asymmetric information: young companies with no history, no assets and no track record, the proverbial “two kids in a garage”.

In this situation bank debt is not viable because the bank has no way to control how the money is spent and no collateral to fall back on. Direct access to the stock market is also out of the question because investors would not be able to judge quality and risk of the project.

The venture capitalist, on the other side, has industry specific know-how and can structure the financing in a way that allows them some control over the firm: in exchange for a capital injection the venture capitalist receives a portion of the equity and, usually, a seat on the board.

Moreover, as a common practice, the investment is usually staggered into multiple tranches, with subsequent infusions conditional on the achievement of predetermined “milestones”, such as the completion of a prototype.

While venture capital is a powerful tool, there is another way for companies like Google to innovate: internal development. If the “two kids in the garage” were to work as Google employees, the company would be able to allocate capital with the best possible knowledge of the project.

So why use venture capital and not just develop internally? While this question hasn’t yet been directly addressed by academic research, pulling together different strands of literature can provide some useful insight.

A first problem is the incentive structure for the “innovator”. Disruptive innovation is highly reliant on the talent and ideas of a small number of individuals. In a startup, innovators can reap the entire value of their idea when they sell their shares. For instance, the founders of WhatsApp, Brian Acton and Jan Koum, are now worth a combined US$9.8 billion after it was acquired by Facebook.

When the innovation is promoted within a larger company the key actors will, at best, receive stock options with a value based on the performance of the entire company, only marginally reflecting the potential value of the innovation.

Consider Paul Buchheit, the Google employee who developed the first Gmail prototype. While the details of his compensation are unknown, it is unlikely that it contained the full value of the world’s largest email service. Buchheit later left Google to join a startup incubator.

This situation can get even more extreme: the CIA finances the development of strategic technologies via its own venture capital fund – In-Q-Tel. The entrepreneurs the fund financed would know that beyond the government getting the “first bite” of their products, they’d be able to benefit from the commercial applications. This would be impossible for public employees developing the same ideas in a basement at Langley.

Another important factor: investing in disruptive innovation means accepting a high failure rate. While precise estimates are impossible, high levels of risk for venture capital investments have long been documented. Large public companies may be unwilling to accept this risk, not because of financial constraints, but because of pressure to maintain quarterly profitability.

A recent survey has shown the majority of CFOs are willing to abandon valuable projects in order to meet quarterly profit expectations. Google was forced to close its in-house development playground Google Labs after it was criticised for a lack of focus.

Other research has shown that firms whose financial statements are analysed by a large number of financial analysts tend to produce less innovation: they generate fewer patents and patents with lower impact.

The authors of that study concluded that “analysts exert too much pressure on managers to meet short-term goals, impeding firms’ investment in long-term innovative projects”.

Startups and venture capitalists do not suffer the same pressure: they are intrinsically less transparent and thus “protected” from the scrutiny of financial analysts and activist investors.

They are free to experiment, free to take big risks, free to fail miserably, and eventually free to come up with an idea that will shake the market.

Marco Navone is senior lecturer in the Finance Discipline Group of UTS Business School – University of Technology, Sydney and research fellow at CAREFIN, the Center for Applied Research in Finance at Bocconi University (Milan, Italy).

This article was originally published at The Conversation. Read the original article