Four key lessons on raising capital from Investorist’s $3.3 million Series B funding round 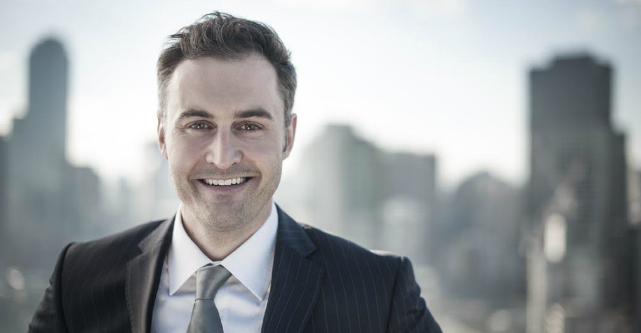 When it comes to raising capital, startup founders need to seriously consider whether it’s the best approach and make the decision before it’s too late.

Investorist founder Jon Ellis says this is one of the many lessons he has learned after closing a $2.5 million Series A round in July 2015 and securing a further $3.3 million in a Series B round this month.

With the latest round came new investors Andrew Sypkes, whose early-stage investments include Aconex, Canva and RedBubble, and Adam Clarke, who created bookarestaurant.com and sold it to the US-based Priceline Group.

“When we opened this round, we were looking for money and quality of investors who could take us through to Series C and IPO [initial public offering],” Ellis tells StartupSmart.

Ellis, who comes from a family of entrepreneurs and jumped into startup life after a former boss’s aggressive reminder that someone else pays his wages, says Investorist initially bootstrapped the business before seeking external investment.

Read more: Investorist founder Jon Ellis reveals how he is growing his $2 million property business by 30% each quarter and expanding to the United States

Today, Investorist has amassed over 5000 customers in 25 countries and more than $45 billion worth of property is listed on its platform.

“We’re more than double our size, we are now in America and we’re established in the UK.”

When a startup decides to raise capital, it’s important to understand what investors are looking for, and Ellis says the Investorist team has learned a lot since their Series A round.

“This time round we had a real business that was really scaling, we really understand the customers’ needs,” he says.

Be upfront about the stuff that isn’t great

In this round, Ellis says one of the toughest questions investors asked was about what was not going well with the business.

“What are the key metrics that you look at every week and I want to see the bad ones,” he says.

Ellis says founders really need to show they have what it takes to address the “stuff that isn’t great”.

“That is hard from a business owner—and a person [whose] naturally tendency is marketing—you kind of always want to show a glossy picture.”

Ellis says it’s crucial to think strategically about when and why you need investors.

It’s a lesson he says Investorist learned the hard way during its Series A. At the time, it became a race for time because the business hadn’t started early enough and was under a lot of pressure as money began to run out.

“Raise for growth, not survival,” he says.

Being first to market isn’t everything

“In my startup, we’ve had different periods of time where we’ve thrown ourselves at the market and thought it’s all about market share and speed,” Ellis says.

But being the first to market and having the largest piece of the pie isn’t the only path to success, the entrepreneur says.

“It’s about quality of business as well,” he says.

“There’s only very few businesses that can survive off of being massive.

“Not every business is going to be the next Facebook.”

Have the right team

Now at the Series B stage, Ellis says the Investorist team now comprises a global digital marketing director, a chief technology officer, a chief financial officer and a new sales director who each bring a mix of skills and experiences to the table.

For Ellis, “having a really good team of senior people is so valuable”.