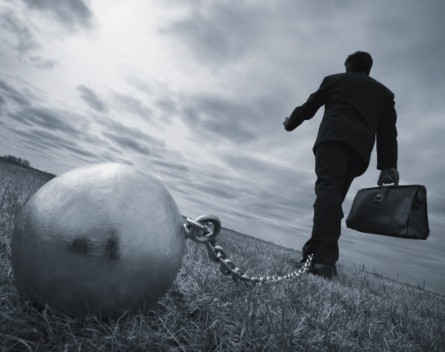 New capital committed to Australian venture capital and later stage private equity funds slumped by $2.4 billion in fiscal 2013, down 77% on the previous financial year, the Australian Bureau of Statistics has revealed.

“We really need to get more serious here in Australia in delivering changes to our innovation framework to support investing in venture capital,” he says.

The data shows there was $704 million in new commitments made to venture capital and private equity in the 12 months to June 30, 2013, down from $3.087 billion in the previous year.

“This is the largest decrease we have seen since we first started publishing this data for the 2004-05 financial year,” Tracey Rowley, assistant director of Research and Development Surveys, says in a statement.

“It appears Australian funds found it difficult to attract further capital from investors on the back of a peak capital raising period last financial year.”

El-Ansary says part of the problem attracting investment has been ongoing uncertainty in the global economic outlook, with investors being cautious about where to invest their funds.

He says he hopes the federal government resists any temptation to cut funding to the IIF as it seeks to find budget savings.

“Putting money into venture capital is hugely important to supporting innovation in Australia,” El-Ansary says, pointing out the country is currently witnessing a structural shift in the economy, especially in manufacturing.

“Government support is really a key part of the armoury that helps venture capital funds raise money from a raft of other private sector investors.

Total funds committed to venture capital and private equity funds in fiscal 2013, which comprises all money promised to funds over their lifespan, was $19.75 billion, up 3% on the previous year.