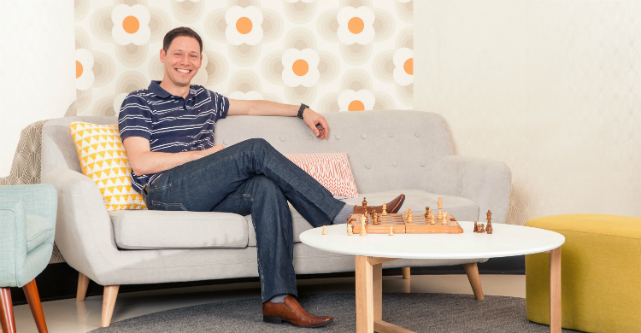 A “game-changing” Brisbane-based startup has closed a $1.1 million seed round on the back of a rapid roll out of its revenue model.

Haystack, an online platform for users to create and exchange digital business cards, flicked the switch on its premium option last month and has already seen “thousands” of paying users come on board.

Co-founder Ran Heimann says this demand for a subscription option helped the startup secure a larger funding round.

“The metrics really started taking off in January and that reengaged some people that were on the fence,” Heimann tells StartupSmart.

“As soon as the New Year started there was a massive growth across all of our metrics. We had significant growth and momentum and we were getting companies asking us whether we had paid services. We didn’t have them at the time but we always planned to at some point.”

“That accelerated opening up the premium paid services,” he says.

“We added a pricing page but didn’t advertise it anywhere – we didn’t even let our own user base know. But companies just started turning up and jumping on the subscriptions.

“That was the key thing that helped get a lot people that were sitting on the fence to say, ‘this is going off and I want to get in on it’.”

The funding round was led by Brisbane investor David Tucker, who sold his company Event Zero to Microsoft earlier this year, bringing his total exists to $50 million.

“What Haystack is doing is game-changing for enterprise sales and digital contact management,” Tucker says.

“I am particularly impressed with the determination and track record of the founders.”

Founded by brothers Ran, Matan and Nir Heimann along with Brian Gillespie, Haystack launched its platform out of beta in March last year and has since enjoyed 700% year-on-year growth.

Along with the environmental and cost benefits, the service allows users to be notified of job changes as well as new phone numbers, emails and addresses.

Originally aimed at networking individuals, the platform has been quickly embraced by larger corporates, with American telco Verizon and Deloitte Digital among those signing on.

Heimann says the number of contacts stored on the platform is increasing by over 100,000 per month and is now more popular in Europe and the US than its home country.

He says the cash injection will be used to further develop the subscriptions platform and assist with the opening of a new international office.

“We had to accelerate opening up the premium services to meet the demand so there’s still some development to do there,” he says.

“Most of the funding will go towards further development to be ready to handle for businesses.”

The startup already has a second office in Tel Aviv and plans to open another in Silicon Valley by the end of the year.

But Heimann says Haystack’s headquarters will happily remain in Brisbane.

“We’re fortunate that the round was financed mainly out of Australia and that helps us keep our company here and this is where we intend to stay,” he says.

“Australia has the best lifestyle and there are awesome technical people here – that’s a winning combination.”

Getting the right advisors

Heimann says the key takeaway from the successful funding round is the importance of advisors – but not just any advisors.

“Having advisors is good but you have to make sure that they’ve actually been founders of successful startups themselves,” he says.

“It’s about not settling for anything less than that and not listening to an advisor that didn’t go through that hard road before.”

Haystack boasts an impressive list of entrepreneurs on its advisory board, including Tim Egan from Google and Facebook, Chris Adams from Amazon and Facebook and co-founder of Meta Ben Sand.

“I think a lot of our ability to build something that has been taking off in Europe and the US is down to actually getting advice from these successful entrepreneurs,” Heimann.

“These are the sort of people we’ve taken advice from and are advancing us on an ongoing basis.”

He sees many local founders are taking advice from inexperienced people, stunting the growth of their startups.

“We see a lot of Australian entrepreneurs taking advice from the wrong people and making decisions that would possibly still make a profitable business, but a much smaller one than it could be,” Heimann says.

And founders have to make an active effort to meet these high-profile advisors, Heimann says.

“It’s about going out of your way at meetups, being out there and actually seeing people,” he says.

“Find people you really appreciate and reach out to them. It’s 2016 – it’s not hard to make contact with anyone you want. You have to put yourself out there.

“People love to help and give advice, especially entrepreneurs. They know that we can’t afford too many mistakes.