Global startup truRating raises $16.5 million as it looks to grow its Australian operations 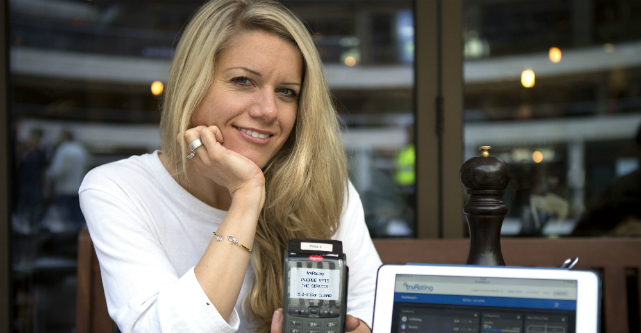 UK-based fintech startup truRating has closed a $16.5 million (£9.5 million GBP) Series A funding round as it looks to rapidly expand its operations across Australia.

The point-of-payment ratings system officially launched in Australia in February, allowing customers to quickly rate a business in terms of experience, service, value, atmosphere or product when paying.

The funding round was led by investment office Sandaire and truRating founder and CEO Georgina Neslon says the capital injection will be used to expand the company’s existing operations in the UK and Australia and to launch in the US and Canada.

“It’s around growth and investment in people and the product,” Nelson tells StartupSmart.

“We’ll be investing in the product so it’s world-class for tier ones and for those mum and pops. There’ll be a big growth curve as we build out the teams and we’ll be getting into other markets as well.”

Nelson says truRating’s global operations work as a cohesive whole, but Australia will be a key focus with the new round of funding.

“We really operate as a global company and Australia seeds into all those product enhancements,” she says.

“We’ll be growing the expertise of the teams. We don’t have x amounts here and x amounts there – it’s a pool for the growth trajectory of the company and will be deployed as needed across the markets.”

TruRating launched a pilot program in Australia in August last year and launched officially in February. Nelson says the service has enjoyed rapidly growth across the last six months and has brought on board a number of strong partners.

“It has been really fantastic – we’re in every territory apart from Tasmania and the Northern Territory,” she says.

“We’ve really been trying to build the case studies over the last few months. A huge number of brands have committed to pilots in Australia and in the next few months we’ll be bringing them on board.”

The latest round brings the total amount of investment in truRating to $23.8 million, and Nelson says that every fundraising process is easy than the last.

“You know a lot more about the market, the type of investor you’re looking for and the type that will be a good fit for your company,” she says.

“You’ve got a lot more proof points as well. It does get easier but it’s quite a learning curve.

“Every business will go through great successes and problems and humps along the way. It’s always really important that I have investors that believe in the vision and that we are going to get there.”

She says the Australian fintech sector is enjoying a period of rapid growth and development.

“The government has been investing in the space and just from the conversations we’re having with our partners there you can really tell that everyone is really excited about the innovation which is happening in the sector.

“In Australia everyone is open and excited, there’s a buzz about it.”