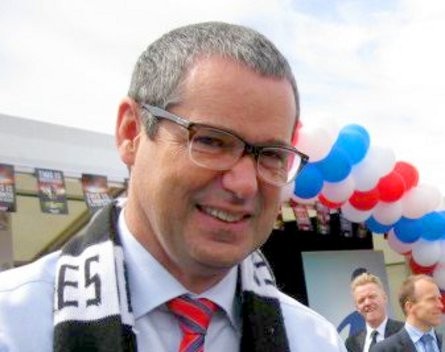 The government has today announced a review of the regulations around employee share schemes and crowd-sourced equity funding regulations.

According to the National Digital Economy Strategy (NDES) update announced in Brisbane today, this decision was made in order to “boost support for Australian tech start-ups” and would be focused on helping address the barriers faced by start-up companies in attracting and retaining staff.

In a release, Senator Stephen Conroy, the Minister for Broadband, Communications and the Digital Economy, said: “As the rollout of the NBN continues, the capacity for start-up companies, particularly in the tech and digital sectors, to create game-changing businesses and applications is unprecedented.”

The decision to review and simplify the employee share scheme options will be welcomed by the start-up and venture capital industries, who have been calling for such an update.

“We welcome the review of share option regulations and look forward to new recommendations playing a major role in stimulating the start-up economy,” says Morle.

“To foster its swelling community of start-ups, Australia needs simple, fair and cost-effective ways for entrepreneurs to compensate each other with equity over cash. This recognises the risk taken when building new ventures which are strapped for cash and statistically likely to fail.”

“We also welcome the Government’s commitment to review the tax treatment of employee share schemes and to develop a best practice framework for Crowd Sourced Equity Funding, which Ai Group advocated in our recent report Ready or Not? Technology Investment and Productivity in Australian Businesses. We need to improve the conditions for innovation and commercialisation in Australia as a priority, including better access to financing.”

Assistant Treasurer David Bradbury said in a release the feedback from the 2012 Digital Economy Forum pointed out the government could better support the development of start-ups, and it was therefore timely to re-examine the framework around the employee share schemes.

“The government can’t create the next Twitter, Instagram or 99 Designs, but we can provide the infrastructure and regulatory environment to help Australians who will,” said Conroy.

A consultation paper to guide the discussions will be released shortly. The employee share schemes review will be due by December 2013 and the crowd-sourced equity funding by April 2014.

The NDES update also announced an expansion of the Digital Enterprise and Local Government programs to support small businesses to better engage with the digital economy and make use of emerging online opportunities.