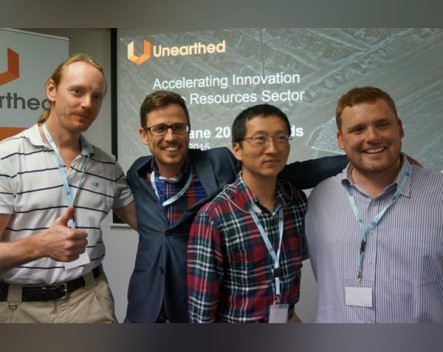 More than seventy developers descended on Queensland co-working space River City Labs over the weekend to take part in the Unearthed innovation challenge.

Unearthed director Zane Prickett told StartupSmart it was fantastic to see so many entrepreneurs in Queensland come together to solve real problems faced by the resources sector.

“This was our first event outside of WA and the start of our national program,” he says.

“The innovation and startup teams here really embraced the idea of the event and came along and created some amazing prototypes. The thing that jumped out for me was the amount of hardware hacks coming out this weekend.”

Prickett says the amount of teams focusing on hardware is a sign that entrepreneurs in Australia are increasingly looking to go beyond software.

“I think people are looking for more complete solutions,” he says.

“In the past a lot of the solutions were software. Now it’s moving into fencing what’s going on in the world or an operation or piece of equipment, and then taking that data back and creating the inputs you need.”

The winning team, Smart Lumps, developed a way for resource companies to better track their stockpiles – including processing times and other factors such as temperatures.

“They built the prototype in a weekend and it’s basically a device – a lump – that has an identifier and can be tracked,” Prickett says.

“Because it’s so cheap you can put 30 of these devices in one truckload of coal. Each are distributed throughout your process and you know how much time it takes for each truckload to process. That really adds a lot of intelligence to the process where it’s currently a black box.”

The next Unearthed hackathon will be in Sydney in August, with participants expected to come up with innovative solutions for agencies tackling big data.