Hedge fund hot shot calls it: We’re in a bubble 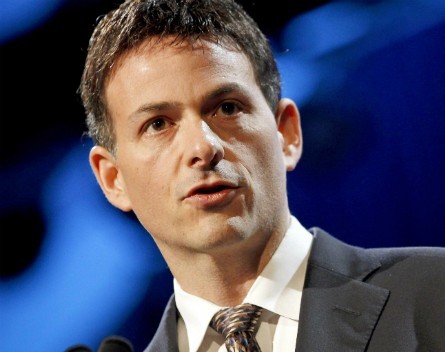 US Hedge-fund manager David Einhorn, described by Forbes as a hot shot, has sent out an investor letter that warns we’re in a market bubble.

Greenlight Capital Inc, a $10.3 billion hedge-fund firm run by Einhorn, says it’s betting against a group of technology stocks as evidence grows of a bubble.

“There is a clear consensus that we are witnessing our second tech bubble in 15 years,” says Mr. Einhorn in the letter. “What is uncertain is how much further the bubble can expand, and what might pop it.”

Einhorn says that the current bubble is “an echo of the previous tech bubble, but with fewer large capitalization stocks and much less public enthusiasm.”

He cited “three indications that we are pretty far along”:

• The rejection of “conventional valuation methods”

• Huge first day IPO pops for public companies that “have done little more than use the right buzzwords and attract the right venture capital.”

He didn’t go on to name any companies to which he was specifically referring. According to Bloomberg News, Einhorn’s letter has already affected some stocks.

As The Wall Street Journal notes“Einhorn isn’t the first investor to warn of a bubble. Pricey stock valuations, record high levels of margin debt and a near record number of money-losing companies going public have made some investors nervous that the market has rallied far beyond what the fundamentals dictate.