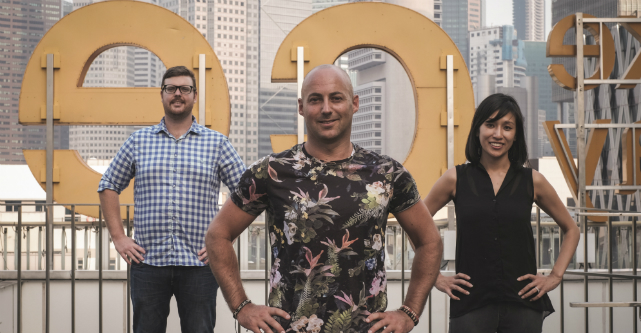 A New Zealand-based startup has secured a near-$10 million investment led by Silicon Valley powerhouse Sequoia Capital after its founder contacted the firm “through the side door”.

The $US7.5 million Series A round in cloud-based video production platform 90 Seconds is also backed by Australian VC firm AirTree Ventures.

Sequoia Capital is one of the biggest VC firms in the world, and has invested in over 250 companies that are now worth over $US1.4 trillion.

These include some of the biggest tech companies in the business, including Apple, Google, YouTube, and Airbnb.

Through the side door

90 Seconds founder and CEO Tim Norton says he chose to make contact with Sequoia via a different route than most.

“We made a clear point of not going through Silicon Valley,” Norton tells StartupSmart.

“You can reach them through Asia quite often – it’s a good way to meet through the side door rather than through the front door in the Valley.”

Norton initially met with Sequoia in Singapore, and the investment comes from the firm’s branch in India.

He says startups from Australia and New Zealand too often focus entirely on the US when seeking international investment.

“I absolutely believe that going in through Asia is a really smart move,” Norton says.

“It’s not talked about as much. I’ve seen big VCs, regional VCs and locals in Singapore but there’s not a strong presence from Australian and New Zealand companies.

“These companies are sending people to San Francisco all the time. I get it, it’s exciting and full of opportunities but you’re competing with a lot more deals at the same time.”

90 Seconds, which has a strong presence in Sydney, offers an all-in-one SaaS platform and marketplace for corporate video production that has now produced over 10,000 videos in 70 countries.

Users can purchase, plan, shoot, edit and review the footage from the one platform with just 30 minutes notice.

The large capital injection will be used to accelerate the startup’s global expansion, with plans to open new offices in San Francisco, New York, Hong Kong and Berlin.

90 Seconds already has people on the ground in Singapore, London, Tokyo, Manila, Sydney and Auckland.

Norton says the startup has grown by 300% in the last year and is now turning over $1 million each month, putting it on the verge of breaking even.

“The 90 Seconds team has done a terrific job in building the leading global marketplace for video production,” Kemps says in a statement.

“In the large and rapidly growing video market they offer creative talent and agencies a unique workflow platform to work together in global projects. This has enabled them to build a fast-growing and rapidly scaling model.”

The impact on the ecosystem

The size of the investment and Sequoia’s involvement will have a positive impact on the entire region’s ecosystem, Norton says.

“Every one of these transactions count – we need as many of these deals happening so we can build great companies and more success stories,” he says.

The global investment firm will now be visiting New Zealand in May to meet with the 90 Seconds team, along with other companies and the government.

“If they didn’t have this 90 Seconds investment then that just wouldn’t happen,” Norton says.

“It gets a bit more interest for the local companies and puts them a bit more on the radar.”

With proof that the world’s biggest investors are interested in New Zealand and Australian companies, and evidence that you don’t need to go to America to score an investment, Norton says the onus is now on the locals.

“It’s up to the founders and entrepreneurs now to go and have a punt,” he says.