How a startup born from an “epic failure” secured more than $100,000 in funding 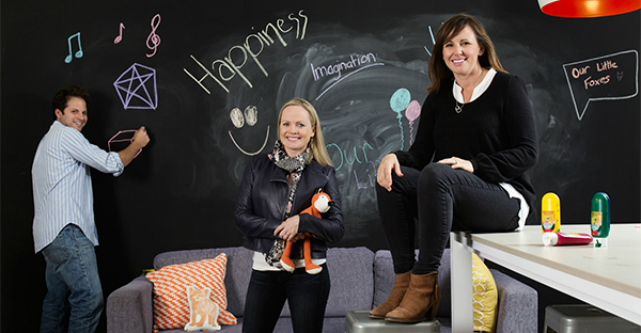 A Sydney-based startup has secured a further $130,000 in funding as it looks to rapidly expand into China and test new marketing channels.

Our Little Foxes offers monthly craft and activity boxes for children aged between two and 10 with the aim of inspiring creativity. Based on a subscription model, the startup was launched in April last year and was recently accepted into Telstra’s muru-D accelerator.

The capital injection comes from the Sydney Seed Fund and partner Benjamin Chong says the co-founders behind Our Little Foxes were the deciding factor in the investment.

“We were impressed by the strength of the team, in particular their previous experiences in business, content creation and as parents of growing children,” Chong tells StartupSmart.

“They’ve put together a business with huge potential and we appreciated their ability to take on feedback from a range of mentors and supporters to improve their offering for children and their parents.”

The startup was originally launched as a platform to help men buy gifts for women, but co-founder Phoebe Adams said this model was an “epic failure” that gained no customers or sign of traction.

But the team successfully pivoted to the subscription box model and soon secured seed funding from Forming Circles.

The startup is growing rapidly in Australia, New Zealand and Singapore, and Chong says the capital will be used to help with a thrust into the lucrative China market.

Our Little Foxes’ model is appealing for both sides of the equation, Adams says.

“Our model is appealing to customers because it means that they don’t need to plan to be creative with their kids,” she says.

“Each month their little one gets a box addressed to them with projects that will keep them busy for up to three hours. It’s exciting and fun.

“Subscription commerce means we can focus less on constantly acquiring new customers to maintain revenue and more on adding value to our existing user experience – driving retention and loyalty.”

Our Little Foxes is the ninth company to receive an investment from the Sydney Seed Fund and the first to be offering a product aimed at children.