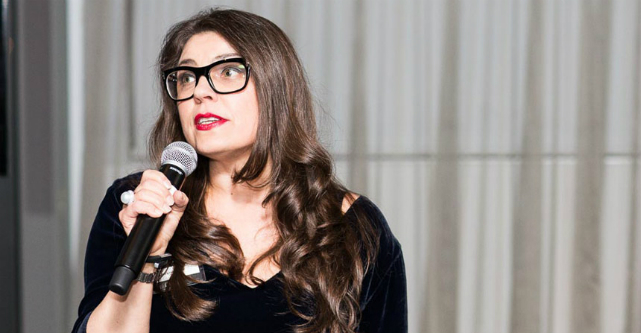 When Meeco founder Katryna Dow closed a $3.2 million seed round she did something a bit different.

Instead of taking the capital injection as a lump sum to drive the growth of her data-driven life-management platform, the Sydney entrepreneur decided to make the startup accountable and take the funding in installments, and only if certain goals were met.

“We came at the seed round in an unusual way,” Dow tells StartupSmart.

“We secured a quantum number but rather than taking that all at once we agreed with our investors that we would set ourselves some goals and objectives, and when we were on track with those we would take it in different tranches.”

Installments over a lump sum

The funding comes from a syndicate of mostly Australian investors, along with some from Asia, and has been contributed since January 2014 to coincide with milestones including the launch of the platform in July 2014, iterations around the world, and the launch of an office in Europe this month.

Dow says that while it was tempting to take all the cash in one installment, the more measured approach has paid off in the long run.

“I see so much in the tech space where a lot of companies raise a lot of money and then burn through it really quickly,” she says.

“I realised that if you get into that discipline early on in terms of understanding raise cycles and understanding objectives and deliverables then it builds a much better track record as you go through different maturity cycles of raising money.

“It demonstrates that the value of the company is incrementally increasing. It’s great for investors because it means there is a sense of confidence.”

Data power to the people

Founded in 2013, Meeco offers a platform giving users the ability to store, exchange and negotiate the use of their own personal digital data.

Through the platform, users can “gain equity and value” from organisations in exchange for sharing their own data.

The startup has a range of apps that use encryption allowing users to exchange their data in a permission-based way, saying it is giving the power back to the people in the global privacy and data debate.

“Prior to Meeco the power to capture, analyse and profit from personal data has resided with businesses, government and social networks,” Dow says.

“Meeco flips that model entirely around so that the individual is an equal participant in the value created, controlling the use of his or her personal data derived from every day occurrences and transactions.”

She says that even in the three years since launching the general public’s awareness of data and privacy online has increased dramatically.

“We read about a major data breach every day,” Dow says.

“Most of these things don’t really impact mum and dad. They’re not necessarily the things that commuters are reading about on the way to work but we’re seeing our message resonate with a whole generation of young people totally digitally connected and sitting on top of a very important asset, and it’s their right to be in control of it.”

It’s the larger businesses that offer value to Meeco, but Dow says the startup has always wanted to serve the individuals first and foremost.

“We were really committed to having the technology available from day one for individuals even though we knew the pathway to adoption was through a range of partnerships and developing the ecosystem,” she says.

“We have a firm belief that individuals should be able to access it.”

First Europe, then the world

The Sydney startup has enjoyed rapid growth in Europe and has now established a physical office in London, as well as an on-the-ground employee in Berlin.

From the very beginning Dow says she saw the potential for the platform on the other side of the world.

“From day one when I first built our prototype I was convinced there was an opportunity in Europe,” she says.

“I jumped on a plan and went around the world to see what was happening in Europe and the US and I connected into two really strong communities.”

She’ll now be splitting her time “almost weekly” between Europe and Australia, and will also look to establish an office in the US later this year.

“I would never have imagined a year ago being in this situation,” Dow says.

Looking for trends and insights from around the world from day one helped spur the startup’s eventual success, she says.

“We finish education, we go off and travel and tend to see the world outside of our borders then bring that back.

“If we were going to build a business with scale we had to be connected into the global story, to see the way the legislation was shaping and see where we fit into the wider ecosystem.

“We need to be in a scalable market and we can see that different parts of the world have an environment around respecting privacy rights and we’re starting to see the legislation.”

In terms of advice for other entrepreneurs, Dow says it’s sometimes better just to dive straight into the startup journey instead of spending time considering the possible downsides.

“Luckily I didn’t understand what it entailed before I set off to do it – the challenges, the amount of travel, the ups and downs of being away from home and not having any support or infrastructure,” she says.

“If I had understood all of that it would have potentially been more daunting.”