How Sydney startup Propeller Aero raised $4 million from some of the biggest investors in the world: “They are ready to follow in the footsteps of Atlassian” 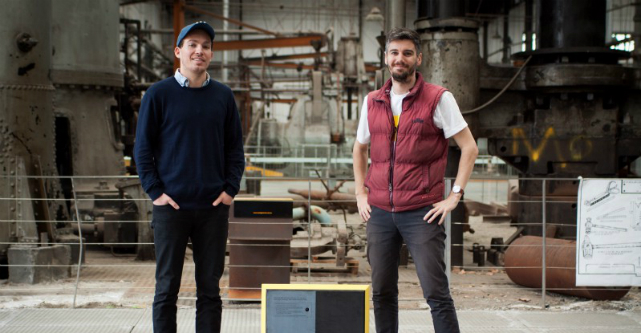 For two months earlier this year, Sydney founder Rory San Miguel was staying in a tiny studio apartment in Silicon Valley and talking to the biggest investors in the world.

His startup, drone software company Propeller Aero, was on the hunt for a large funding round to transform it into a household name, and on the back of a “big commitment” from seed investor Blackbird Ventures, Miguel set out to secure the round in the startup capital of the world.

Using contacts from the Startmate accelerator program to get lucrative introductions, the entrepreneur met with a range of high-profile investors to pitch his vision for Propeller Aero, one where the use of drones is commonplace for businesses and his startup is leading the way in providing the software to underpin this.

“I leaned heavily on the networks to get the meetings in the first place,” Miguel tells StartupSmart.

“You have to be really confident with your argument as to why it’s a good opportunity and an important thing to do. You need to tell them why them, why you and what’s going to happen with the money.”

Meeting with the world’s best

Based in Sydney, Propeller Aero provides a platform for drone operators to upload data and then have it visually presented, and can be used for 3D mapping or evaluating road projects, among countless others.

After launching in 2014, the platform has processed nearly one million images across 2000 sites in 60 different countries around the world.

Despite the widespread adoption, the startup was still mostly flying under the radar, and Miguel’s mission in Silicon Valley was to secure the required funds to change this.

One of the first meetings he had was with Costanao Ventures, a giant $US135 million fund that has backed some of the biggest cloud-based consumer and business services in the world.

Towards the end of his trip, after constant pestering, Miguel secured a meeting with Accel Partners, a VC giant that has backed the likes of Facebook, Slack, Atlassian and Spotify.

“They didn’t answer 20 emails but then they answered the phone,” he says.

Pitching an enterprise landscape where drones are commonplace and Propeller Aero provides the software and hardware required, Miguel managed to convince both of the venture capital giants to back his Aussie startup.

“We sat down face-to-face and in less than a week they were in,” Miguel says.

Following in the footsteps of the Aussie tech giants

Along with support from Blackbird, Propeller Aero secured a $4 million ($US3.1 million) funding round that will be used to accelerate what the Aussie startup is already doing.

“We’ve got a product that’s being used in 60 countries but when people find us they complain that they’ve been around for two years and they’ve never heard of us – they ask if we’ve been hiding under a rock,” Miguel says.

“This round is mostly going towards fixing that and becoming a globally recognised company.”

For Costanoa Ventures’ Bucky Moore, Propeller Aero has the potential to rival some of Australia’s most successful tech companies.

“From the moment we met Rory and Francis [Vierboom, co-founder] we were impressed by their combination of technical depth and a clear vision for what it would take to make it drop-dead simple for any business to have access to accurate visual data from drones,” Moore writes in a blog post.

“We believe Propeller is ready to follow in the footsteps of companies like Atlassian and Campaign Monitor as one of the next great SaaS companies founded and built in Australia.

“We believe this team has the potential to lead mainstream adoption of drones within the enterprise and couldn’t be happier to be in a position to support them on this journey.”

Another big factor for investors was the rapid uptake among larger corporates, Miguel says.

“Initially third-party drone groups were using it to deliver data but once they send it to enterprise we’re seeing really sticky engagement from them.

“They’re rolling it out across a network of sites and that has been really valuable for us.”

The startup also recently launched AeroPoint, a hardware offering of ground control points with built-in GPS that captures accurate positional data from drones that can be used in surveying.

“We give all the drone service teams the hardware functionality they need to capture survey-grade data, and that’s far more valuable to enterprise.”

The funding round comes at the perfect time for Propeller, with Australia recently relaxing its drone rules to allow anyone the ability to fly a drone under certain conditions.

“The new regulations mean we can sell our software and hardware to anyone without the formal licensing procedure,” he says.

“It’s a huge advantage working with those regulations here.”

An Australian startup born and raised

Despite the large funding round from two Silicon Valley funds, the majority of its users coming from overseas and a new office opening in New York, Propeller’s headquarters will be staying put in Australia, Miguel says.

“We’ve got lots of customers overseas and it’s important to be in the same time-zone, but the vast majority of our team is based in Sydney,” he says.