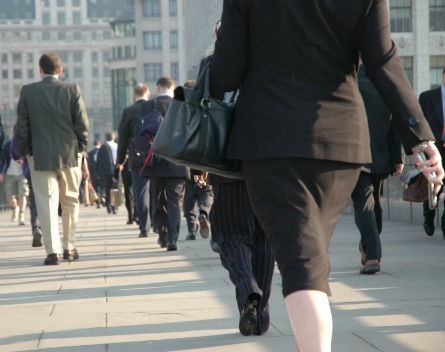 In fact, a study by Harvard Business School has found venture capitalists prefer funding handsome men in comparison to female entrepreneurs – even when the content of their pitches is exactly the same.

Laura McKenzie, chief executive of Scale Investors, told StartupSmart Australian investors should be funding more women in 2015. She points to the Diana report, which found there is an “enormous untapped investment opportunity” for venture capitalists to fund women entrepreneurs.

The longitudinal study discovered that while only a small portion of early-stage investments go to female founders, venture capital-funded companies with women on the executive team perform better on multiple fronts.

“Men and women approach investment decisions differently. Women tend to do more thorough due diligence, collaborate more closely, and when they invest, have patient capital focused on long-term goals.”

Dr Elaine Stead, investment director for Blue Sky Venture Capital, told StartupSmart she is starting to see more startups led by or including women – but would love to see more in 2015, particularly in sectors where there has historically been underrepresentation.

“I’m loathe to say ‘underrepresentation’ because not all sectors are equally appealing to all genders – some sectors will just naturally hold a gender bias. But if we look at tech for example, I think women represent close to half computer science graduates – there is no reason that shouldn’t translate to the commercial ecosystem.”

“The strongest founder teams have complementary skills and expertise and diversity amongst the founder and or management teams provides a strong advantage.”

One way to ensure female entrepreneurs are funded, according to McKenzie, is to increase the number of female investors.

“Twenty per cent of the mainly female angel investors Scale has attracted, since its launch in July 2013, are senior female executives as opposed to experienced investors, entrepreneurs or non executives,” she says.

“These are educated, talented women bringing their skills and networks to boards of startup companies. They have joined Scale for the education opportunities, insights into the future economy and to diversity their current investment portfolio.”

However, McKenzie also points out that there are a range of other factors that need to be taken into account if the funding gap between men and women is to be reduced.

“Women are less likely to pitch in public forums, and more likely to do so in a collaboration way building one-to-one relationships,” she says.

McKenzie says while female entrepreneurs are – generally speaking – likely to start their startup from home, she is beginning to see this change with more women in tech co-working spaces.

“Those environments are becoming less ‘bro’ culture and in fact there are several female specific spaces launching,” she says.

Stead says her advice to female entrepreneurs looking to be funded is the same as for all entrepreneurs seeking capital: make sure you can articulate your product and the problem in a few sentences and approach investors “with the marathon not the sprint in mind”.

“Introduce yourselves and build a relationship before you need capital – we like to monitor teams in advance of their financing as this is the greatest way for us to assess how well entrepreneurs will deliver on what they say they will,” she says.

“Also talk to as many people as you can about your company and your product – market feedback is incredibly valuable and the referrals and connections this can trigger can be invaluable.”