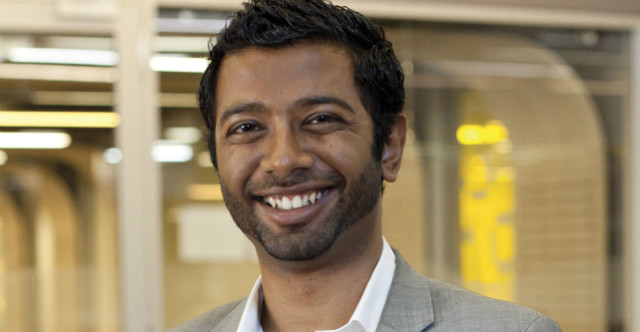 When Chuffed founder Prashan Paramanathan mentioned the word “charity” as he pitched his socially conscious startup to investors, he lost many of them straight away.

“There was a subset of the tech investor group that heard ‘charity’ and immediately thought there’s no money there or that my rich friends should be giving a grant,” Paramanathan says.

Chuffed is a Melbourne-based crowdfunding platform for socially-conscious projects that recently restructured its business from a charity to a “social benefit model” and secured a $1.1 million funding round led by Blackbird Ventures.

In an AMA run by Blackbird Ventures, the founder describes how he eventually won the tech investors over.

“As the process went on we trended to bias up on the traction story,” Paramanathan says.

“But I think that talking about the mission helped us because it signalled that we understood the problem and helped us convey why we cared, so it’s still important to include.”

He says he pitched to both tech investors and impact investors, and actually founded the former more open to the Chuffed model.

“Surprising we found the tech investors as a whole more aligned,” Paramanathan says.

“They thought longer-term, they wanted to support us not assess us, and they had way more value-add experience in growing tech startups.”

Transforming the charity into a business was the best option to ensure Chuffed reaches its full potential, he says.

“Initially we thought that if you’re doing ‘social good’ it was almost morally right to be a charity – that being anything else was somehow not genuine and your motivations are somehow polluted,” Paramanathan says.

“It’s a really strange but prevailing view. But we changed mostly out of necessity. We wanted to grow faster, we needed capital, we didn’t think we were shiny enough to raise philanthropic grants second time around and equity seemed like the best path.

“The structure doesn’t really matter as much as the values and the people do. How you behave towards each other and your customers is really the thing that determines whether you’re delivering on your mission or not and that’s structure-neutral.”

And he says that taking on external funding has only strengthened the startup’s vision.

“Rather than the capital changing us I think the ambition that goes with the capital has changed us,” Paramanathan says.

“When you don’t have capital you focus much of your effort on finding the next grant or round of funding. Having capita frees you from that for a period of time.”

In the Q&A sessions, Paramanathan also discussed the difficulties of being an introverted CEO, recalling one moment early on in Chuffed’s life when Telstra PR gave him a “stern talking to” about being the “default face” of the company.

“I’m pretty introverted which means that I don’t particularly like putting myself on centre stage,” he says.

“While I don’t think being an introvert is a weakness it biases you towards things that don’t require being exposed which may or may not be in the best interest of the organisation. This one has been a long learning journey for me in just noticing the biases and then checking with other people as to whether it’s effecting decisions.

“The only real way I’ve found to mitigate is to hire people who like doing the other stuff, which we’re on the path of doing.”