How to build a booming online baby business, even if you have to refinance your mortgage 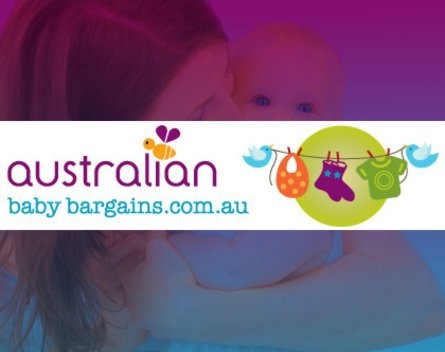 When Belinda Jennings’ hobby started to gain traction, she realised it might just be a business.

Three years on, Australian Baby Bargains  is now national, still booming, and she has recently closed her first round of funding.

“We’re growing at a rate of knots,” says Jennings. “We’ve attracted three angel investors who have come on board. We closed our first round of funding recently.”

She had been running the online platform and community for a year after she launched it as a way to sell and swap her first son’s baby gear without paying fees.

After getting 2000 Facebook fans in her first month, and with over 47,000 community members in a year, she realised the business had legs and spent much of the second year working out the business model and making it viable.

“The mum market and online communities of mums are pretty hot right now,” says Jennings, whose business model is free services funded by advertisers, which have included Sesame Street and Yo Gabba Gabba.

Because of the market potential and the need to move quickly, Jennings had to find a way to finance her full-time investment in the business.

“You know when you’re onto something, and I knew it needed to get to the mass momentum stage. Once I worked out this had legs, we re-financed our house and I created a line of finance from that,” Jennings says.

“It was tight, but you learn to run really lean. You get used to it, and it’s pretty clever to keep running your business that way.”

Using her mortgage worked out for Jennings. Now with 96,500 members and an aim to reach 100,000 by the end of June, the advertising model works well for Jennings, who employs three full-time staff and nine part-time social media managers across the country.

“We’ve got a bit of backbone and that’s why we’ve been so popular with our mums,” Jennings says.

“We’ve worked really hard to build the trust and respect from our mums. We only work with brands that fit with our values.”

“We worked really hard to build up that credibility. If we’re not proud to attach our name to it, we won’t,” says Jennings. She adds that trust is the core of her business, so it’s a no-compromise zone for her, however the business develops.

“I’ve been doing this for three years, but we’re heading into new territory every new day. Occasionally your head and instinct tell you different things, and I make mistakes, but we learn from it,” Jennings says.

Her focus for the coming year will be on diversifying her revenue streams, after the guidance of two mentors she met during the ANZ Innovyz program last year.

“I had just launched the national site, and I came out the other end of that program as a very different business owner,” she says.

“I need to diversify the revenue streams and that was highlighted to me. We’ve got some really clear ideas and initiatives such as events, and selling the new products too, because we’ve got the audience and the traffic.”

Jennings says her biggest challenge has been managing the unknown factors of her business. Her advice to entrepreneurs is to develop a strong network of advisers, and never compromise on brand.

“My brand is everything. There is so much pride in this brand, my own and the mums on the site. I’m so passionate about helping these mums to connect and be empowered.”