Hunting for dragons: Why the second ‘valley of death’ is the biggest problem facing the Australian startup ecosystem 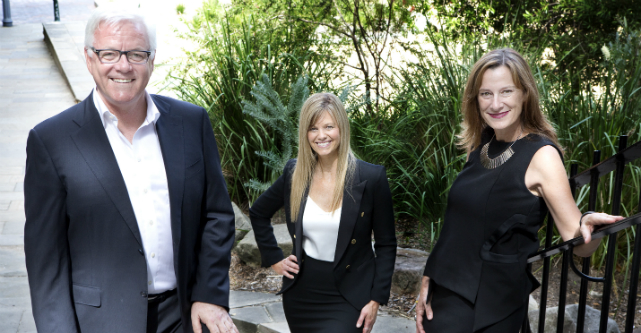 The later-stage funding gap is now the second ‘valley of death’ for Australian startups and poses a serious risk for the entire ecosystem, OneVentures CEO Michelle Deaker says.

While most of the government’s $1 billion innovation statement focused on encouraging investors to back early-stage companies, Deaker says the attention now needs to turn to making sure startups with a proven product and defined market opportunity can find the necessary funding to grow within Australia.

This is the “most critical” stage in a startup’s life, Deaker says.

“That’s when a startup is looking to scale rapidly. There’s market opportunity to capture and if they just grow organically they’re going to miss it.”

With the government’s tax incentives for early-stage startup investors soon to come into effect, it’s important that later-stage funding is also available when these companies grow, Deaker says.

“We’re going to have a groundswell of young, exciting and innovative companies and it’ll be about the next market gap,” she says.

“There’s a lot of activity at the lower end of the market with angel funding. We’re able to provide a lot of support for young companies but what happens when they grow up.”

A lack of competition

OneVentures, with its $100 million Innovation and Growth Fund II launching last year, is one of the few VC firms in Australia offering large later-stage funding between $5-20 million to local startups.

“There are very few places to get that sort of funding,” Deaker says.

“We don’t see a lot of competition.”

OneVentures has just closed a near-$20 million investment in an Australian biotech company, a move which Deaker says ensures that vital and lucrative technology is commercialised onshore.

The capital injection is in Clinical Genomics, a company set to launch proprietary next-generation blood-based diagnostic tools for detecting cancer. The funding will be used to advance the commercialisation of the technology which was developed in conjunction with the CSIRO.

“It’s an example of us funding to help companies get through this second ‘valley of death’,” Deaker says.

“They needed to raise a bigger round of funding to be able to take new products or expand services into new markets or geographies.

“OneVentures fills that gap and provides companies with a serious amount of capital.

“It’s a great outcome for Australia. This is a company that’s achieving the objectives in Malcolm Turnbull’s innovation statement.”

The much-talked about brain drain of Australian startups relocating overseas will only worsen unless more large rounds like this are available locally, Deaker says.

“This is when we see companies go offshore and become US companies,” she says.

Not having the adequate funding readily available will also mean many local startups may never reach their true potential, she says.

“If a company grows organically and slowly then it will never really achieve what it could have achieved,” Deaker says.

“The sad part about Australia is we often don’t get the outcomes we should out of the technology we create.

“We don’t understand the value of the technology we have.”

To combat the lack of funding, some companies may choose to list on the ASX before they’re ready, with very real consequences, Deaker says.

“That looks great initially but they will become a company in the land of the walking dead,” she says.

“They won’t be able to raise more capital and they won’t have any analyst support.”

And she says that there’s a role for government to play in fixing this problem.

“The government used to provide matching capital to help firms raise additional capital and those programs are really worthwhile for the country,” Deaker says.

“It’s about helping new venture firms get off the ground and helping them raise and expand funds.

“The role for government is to fill that quantum gap. If Treasury gets their money back then I can’t see the country having any issue.”

Deaker also says the government could relax the eligibility criteria for the tax incentives that were revealed in last year’s innovation statement to include larger, later-stage companies.

“Everyone talks about unicorns – companies worth more than a billion dollars even if they’re not sustainable,” she says.

“But from a fund manager’s perspective, one day you might love to get a unicorn so long as it can be beneficiary for you, but as an early investor you can get crushed when the unicorn gets big.

“What we really want are companies that can potentially return the whole of the fund. We invest, we back them heavily and the amount of capital you get will pay back all of the fund – that’s a dragon.”

And OneVentures has already hunted down its first dragon, with an investment from its first fund into biotech startup Hatchtech seeing a near-$280 million exit that paid back the entire fund.

“We may well have another company that could also do that,” she says.