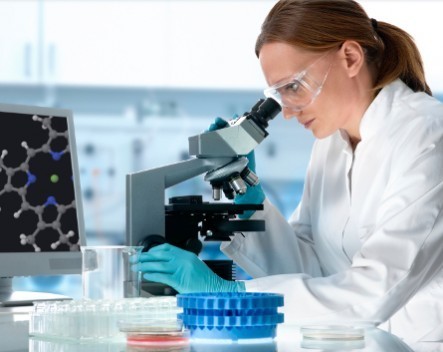 According to the Intergenerational Report (IGR) released earlier this month, Australia’s future productivity and prosperity depends on four key factors:

Yet, at the same time the Federal Government and Treasurer Joe Hockey are talking up things like innovation, technology, entrepreneurship and education, they’re also undermining them all by threatening to withhold funding from the National Collaborative Research Infrastructure Strategy (NCRIS).

NCRIS promotes all of the four points mentioned above. Without it, Australia would be set back ten years in its ability to cash-in on its home grown technologies and increase its productivity in the post mining-boom era.

As the director of one of the 27 facilities funded by NCRIS, the OptoFab Node of the Australian National Fabrication Facility (ANFF), I can attest first hand as to how we – and other NCRIS facilities – are aiding our nation’s future prosperity. Let’s go through the IGR’s points one by one.

Investment in new capital and infrastructure

ANFF doesn’t just contribute to scientific research. We also make stuff, including physical devices, prototypes and new materials evolving out of nanotechnology research. Specifically, we provide the infrastructure that supports micro- and nanotechnology research and development. We help other organisations take their discoveries all the way to the point of manufacturing.

My specific node, OptoFab, focuses on optics and photonics, which are technologies we can thank for high speed communications, the internet, cameras, displays in televisions and smart phones, and many of the diagnostic tests you might encounter in hospitals.

These technologies are contribute a great deal to our modern day lifestyle, as well as to productivity and economic growth. For example, a recent report found these technologies represented more than 10%, or over US$3 trillion dollars, of all public company revenue in the United States.

Innovation and technology have been major forces for economic growth over the past several decades – not to mention since the Industrial Revolution. NCRIS funds research facilities that directly contribute to greater innovation and to the development of new technologies.

Just a few of these may have a massive impact on the future of Australia’s economy. The market for nanotechnology products alone is expected to reach A$3 trillion by 2020. If Australia was to be able to effectively cash-in on its pent-up intellectual capital in research – which represents 2.5% of the world’s academic outputs – it would have a new advanced manufacturing industry about the same size as the mining industry.

And Australia is on track to cash in on this opportunity. At ANFF, projects involving industry have increased 240% over the past two years. Cutting funding to NCRIS would not only hurt scientific research, but also the businesses that are working with facilities like ANFF to develop new technologies and bring them to market.

One of the great challenges in commercialising new discoveries is how to get them from the lab into the market. A great deal of scientific research is publicly funded, but the government only offers a fraction of the financial help to private outfits seeking to take a discovery and turn it into a commercial product.

This gap between publicly funded research and the point at which private investors will support a product is often called the “valley of death”. NCRIS organisations such as ANFF are helping start-ups bridge this valley, thus making sure crucial discoveries don’t just gather dust in scientific journals but actually get out into the world at large.

A number of projects supported by ANFF have already attracted significant private investments. Collectively they have raised more money than the Australian government has paid to ANFF, suggesting a good return on investment for the Australian people.

For example, Lithicon AS developed a mineral core sample analysis used in prospecting for shale oil and gas rock formations, and was acquired by FEI Company in the US for A$76 million.

And Vaxxas developed the Nanopatch needle free vaccine delivery system, which has attracted over A$40 million in funding from US and Australian venture capital firms to date.

Both companies use ANFF facilities.

There are also six companies at earlier stages of development and seeking investment. One of these is Modular Photonics, a new venture targeting the telecommunications market. Red Chip Photonics is another developing a laser-on-a-chip, that will have wide range of applications, such as molecular fingerprinting.

We also estimate that there are about 22 ventures that could reach a similar stage over the next three years. Without NCRIS, these ventures will slow dramatically or be forced to move overseas, or even fail entirely.

Jobs in the future will be even more reliant on high tech skills and education.

NCRIS facilities such as ANFF also provide their staff with specialist skills that are rare to find anywhere else around the globe. These staff gain experience and develop new capabilities that are then passed on to students or other researchers.

For example, in 2013/14 over 3,000 university and industry based researchers were trained by the 94 staff in ANFF. About half of these were on an individual level with training tailored to their specific project.

We also have researchers travel here from other countries in order to benefit from the specialist skills and capabilities enabled by ANFF.

Despite all of the recent publicity about what is going to happen to NCRIS, we have to give credit where credit is due: the Liberal Government – which created the scheme in 2004 – has established possibly one of the most successful research infrastructure strategies in the world.

From the perspective of ANFF, our work could be part of the answer to the issue of improving productivity as outlined in the Intergenerational Report. ANFF and other NCRIS facilities are delivering the new opportunities for home grown technology and innovation from research, helping these new ventures compete for survival as they cross the “valley of death”, and training the workforce these future industries will need to thrive.

Without NCRIS facilities like ANFF, Australia will lose an opportunity to secure its share of the global nanotechnology, optics and photonics industries. This will have an impact of Australia’s productivity in the long term.

We can only hope that a government that believes in innovation, technology, entrepreneurship and education will also believe in NCRIS.