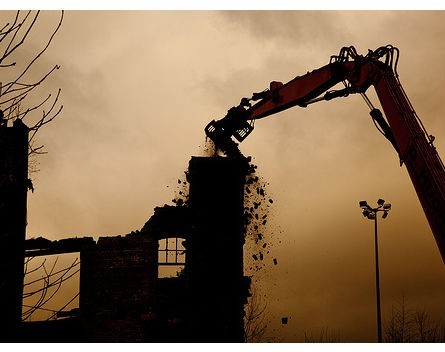 The Commission of Audit report released yesterday has recommended the federal government abolish support for funding to startups through the Commercialisation Australia and Innovation Investment Fund.

The commission believes the government should stop providing assistance to startups as there was no greater public benefit, with benefits only for the companies.

“The intellectual property, and any profits arising from these new ideas remains with the business, and there are no clear public benefits arising,” the report says.

“The process of commercialising new products can often be a difficult one.

“However, skills and finance can be acquired from the private sector, and there is no clear reason for the Commonwealth to provide this assistance in competition with private sector providers.”

StartupSmart spoke to a number of investors about their reaction to the recommendations and what impact, if any, it would have on the community.

Rodrigues says that while the tech sector is not reliant on these grants, and nor should they be, there will be an impact in the industry should the government approve the recommendations.

“These grants are important in early stage startups and there will be consequences for the sector if they are abolished,” Rodrigues says.

He points out that similar grants to Commercialisation Australia were responsible for commercialising Wi-Fi (a method was developed and patented by Australian CSIRO researchers to ‘unsmear’ radio waves that echo off indoor surfaces making Wi-Fi possible) something the government was still reaping rewards from through licensing.

He says the audit was not well executed and there were no ideas on how to support innovation and no recommendations on how things could be done better.

“Companies will continue with these grants or not, it’s not critical, but they will be impacted,” Rodrigues says.

Governments should not be responsible for investment in startups, but they do need to put incentives in place to facilitate it from the private sector.”

Stone says his concern is for early stage startups, which were never well-supported by their Commercialisation Australia or the Innovation Investment Fund.

“They were relics of the old days developed along a manufacturing model that did not support startups well,” he says.

The crucial factor here, according to Stone, is that early stage investment represents better “bang for your buck.” Using government money to get in early would represent a greater reward to the economy in the long-run with smaller amounts of money needed.

“The Commercialisation Grant should stay, but it needs to be simplified,” Stone says. “Governments should be co-investing with investors and accelerators that know and understand the market.”

He says IIF was never relevant and in setting up accelerator AngelCube, of which he is a cofounder, there was no government support available..

He says a new process that was quicker and simpler was needed by the industry and the current commercialisation grant, which insisted on startups being “pre-revenue”, went against lean startup best principles, forcing startups to apply at a stage where they hadn’t proven their viability as a business.

Clearly the government had a mandate to save money without giving much thought to the longer term impact beyond two years, he adds.

McKenzie says you only have to look to the UK to see what impact  supportive government  funding can have on a startup ecosystem.

McKenzie, who travels back to London often, says the city had been transformed in 5 years, with thousands of startups now operating there. She points to the Angel Co-Investment Fund as a great example where the UK government matched private sector funding, which also meant investors were leading validation and due-diligence.

“The UK is now attracting some of the world’s best entrepreneurs, including Australia’s own Atlassian,” McKenzie says.

McKenzie says it would make sense for government funds, in particular Commercialisation Australia, to be more agile, but they should not be abolished.

She would prefer to see the IIF reimagined as an earlier stage fund.