Is Asia the next Silicon Valley for Aussie start-ups? 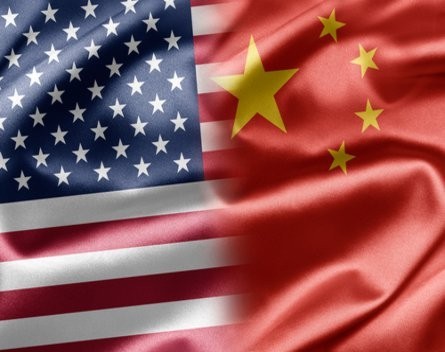 The increasing opportunities on offer for businesses seeking to expand into Asia isn’t news to most Australians.

Business leaders, commentators and politicians have been lauding the potential for growth and expansion into these markets, with their growing middle classes and disposable wealth.

But the idea of Asia being a savvy, cash-drenched rival to Silicon Valley is a more novel concept.

This concept is one that Aussie start-ups may have to get used to, and benefit from, in the coming years.

Pitch competitions are popping up in innovation hubs such as Singapore, as evidenced by the current Echelon Ignite competition.

Some domestic ventures are even finding their way into Asian start-up incubators, such as those fast tracked by a scheme overseen by Optus and Sing Tel.

Just last week, StartupSmart reported on an influx of Chinese investors keen to cast their eye over promising Australian businesses. It’s clear that the US isn’t the only destination for ambitious entrepreneurs keen to access cash and expertise.

“Asia is the most exciting opportunity in the world, because Asian people in general still want to buy Western products”, he says. “And there are also a lot of opportunities for companies to go to Asia and sell domestically.”

But access to a huge, upwardly mobile market is not the only story here.

While an increase in disposable income has led to increased consumption of Australian raw materials and the potential for expanded tourism and services, there is an increasingly sophisticated interface between Australian entrepreneurs and their Asian counterparts.

Phil Morle, who runs start-up facilitator Pollenizer, has had tremendous success learning from, as well as training, collaborators throughout the region.

He points to the Philippines as an example of a fascinating growth market, in which sophisticated logistical issues – such as car pooling and HR solutions – are being tackled in dynamic new ways.

This is a sign of the global shift towards Asia as the focus of economic expansion, referenced in the federal government’s Australia in the Asian Century white paper.

“The Silicon Valley ecosystem is massed. Our ecosystem is developing at five times the rate, and compounding,” says Morle.

There are also, Morle says, many opportunities for development that no longer exist here in Australia.

“There are a whole bunch of the companies which we assume have already bolted, but in a country like Indonesia that isn’t necessarily the case,” Morle says.

He points to the example of dating sites. “We’re seeing a rapid coming on of new consumers. This is happening because of the mobile-phone-centred population, and a massive audience.”

Perhaps most important is to understand the often misleading concept of what Asia represents.

“All the countries are different, so one big problem is stereotyping countries”, says Phil Morle.

Another issue for entrepreneurs and start-ups looking to make inroads across Asia is that of trust. But here again, solutions are more common than problems.

Morle says: “Singapore here is really interesting, and it’s becoming the Switzerland of Asia. Investment in Asia just needs major time investment, and it’s worth doing, because I believe there will be a few multi-billion dollar companies emerging.”

And with this increase in capital, and an increasingly dynamic cross-pollination of ideas, the future of start-ups appears brighter than ever.