Kanye West asks Mark Zuckerberg to invest $1 billion in his business ideas: How not to approach potential backers 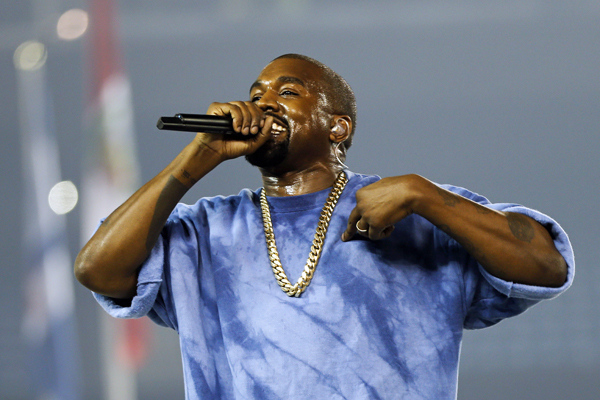 Singer and businessman Kanye West has publicly called on Facebook founder Mark Zuckerberg to invest $1 billion in his business ideas so he can continue making the world “a better place”, in what may be a classic case of how not to attract investors to your business.

In a series of tweets to his 18 million followers, West asked his fans to use Twitter, Facebook, Instagram and “whatever you gotta do” to get Zuckerberg to support him.

West said he would also be “down” to receive financial assistance from Google co-founder Larry Page.

The comments came after West revealed on social media that he was “53 million dollars in personal debt”.

“Yes I am personally rich and I can buy furs and houses for my family,” West wrote.

“But I need access to more money in order to bring more beautiful ideas to the world. If I spent my money on my ideas, I could not afford to take care of my family. I am in a place that so many artist[s] end up … I am of service to the world with my art and I just want to serve more.”

Mark, I am publicly asking you for help…

Dr Elaine Stead, investment director at Blue Sky Venture Capital, told SmartCompany West’s barrage of tweets is a lesson in what not to do when seeking investment.

“We tell entrepreneurs to be persistent, but Kanye always dials that volume up to 11,” Stead says.

“There’s a line of what’s persistent and what’s considered hysterical.

“I have people try to pitch to me on Twitter all the time and I’m not a fan. I hate being ambushed on Twitter saying, ‘Check out this new app!’ It’s guerrilla tactics.”

Stead says while West did not have a refined pitch and revealed he was in substantial debt, one thing he did do right was asking for people to get in touch with him.

“That is not a bad thing,” Stead says.

“Reaching out to your Twitter connections for introductions is within the etiquette of Twitter, but begging for money is not.”

Stead also says the link between West and pharmaceutical executive Martin Shkreli is not a good look.

“You need to choose the people who you’re using in your corner,” she says.

“You need to make sure they’re credible and not one of the most hated people in the universe.”