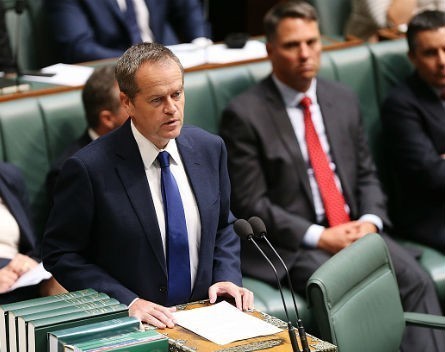 The startup community has welcomed Labor’s intention to increase the amount of capital available to startups, but some have questioned whether a proposed $500 million startup investment fund is the right mechanism to achieve that goal.

“I believe Australia can be the science, start-up and technology capital of our region: attracting the best minds, supporting great institutions and encouraging home our great expats,” Shorten said in the speech.

“Labor will create a new, $500 million, Smart Investment Fund, to back-in great Australian ideas like this.

“Our Smart Investment Fund, will partner with venture capitalists and fund managers to invest in early-stage and high-potential companies.”

Aus has a great pedigree in startups that have bootstrapped: Atlassian, 99Designs, Envato, etc. – but, today, most need VC $ to grow fast

“Labor will work with the banks and finance industry to establish a partial guarantee scheme, StartUp Finance, to help more Australians convert their great ideas into good businesses,” he says.

“We will enable entrepreneurs to access the capital they need to start and grow their enterprises.”

AVCAL chief executive Yasser El-Ansary told StartupSmart the secret to success for a program such as the Smart Investment Fund is a bipartisan commitment and certainty.

“The big handbrake on Australian innovation has been that policies have chopped and changed every three years or so. Venture investment is about backing a company for five to 10 years, and changing policies every three years means hitting the reset button. You go back to square one and have to consider a new set of policies and rules,” El-Ansary says.

“Innovation policy should be one area everyone agrees on. Everyone agrees we want new jobs, the best employees in Australia and new industries. What’s missing is a bipartisan commitment.

“So the opposition leader’s comments are very positive. The next logical step is for the government and opposition to work together, and to work with industry, on a common set of policies and principles. That way, it doesn’t matter if we have a Coalition government or an ALP government, Australia’s innovation policy moves in one direction.”

@jrmck @apglo true – & unlikely as “funded” – but hell, it’s a bold statement that tech skills investment is needed or Aus is fucked.

El-Ansary says the Smart Investment Fund appears to be similar to the Innovation Investment Fund, which was introduced early in the term of the Howard government, and scrapped in the 2014 budget by the current government, following the Commission of Audit. He also cites similar program in the US, which have been in place for over 50 years.

“The concept is very similar, and there are runs on the board. For example, Seek was created with funding through the IIF. We know programs like that can deliver, but they need to be in place for the long term,” he says.

“Behind the recommendation from the Commission of Audit was momentum away from industry handouts, driven by the car industry. In deciding not to support the automotive sector, all industry programs were seen as being the same of working the same way. But that’s incorrect. [The IIF] was more akin to investing in a business than to handing out a blank cheque.”

“While I am usually in favour of anything that helps more investment funds get into the hands of early-stage companies, I really think there are better levers for the federal government to pull if they really want to drive economic outcomes and job growth,” Handsaker says.

“To fund match up to $500 million into Venture Capital companies will increase the amount of capital available, but in and of itself it’s not a game changer. We would prefer Labor look at instead replicating the tax incentives available to early stage investors in the UK, which have been extremely successful in getting high net worth individuals to put their money into startups.

“So encourage more money into companies, but do it at seed stage and do it through encouraging individuals to invest, rather than large VC’s. In my opinion, you will get a far better outcome for Australia.”

Looks like the ALP is trying to establish a new base of supporters in the Australian startup ecosystem. A small number but loud voices.

“VC fund matching may not be the panacea everyone is expecting,” he says.

“Past schemes such as IIF have largely failed to develop a sustainable VC ecosystem and there are encouraging signs that the recent crop of VC funds will get the right support from the private sector for the right reaons i.e delivery a healthy return to investors.”

“For example, strong investment into new businesses that seek to be disruptive is rarely profitable early on, and so things like tax deductions or write-offs are not really relevant. So what we need to see is things around easier access to investment, as well as investments into an education system that supports STEM jobs.”