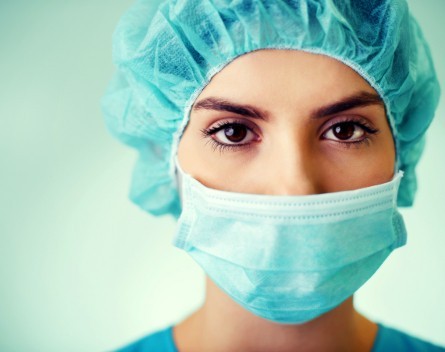 Australia’s health tech startup scene is booming, both in terms of interest and innovation, but funding remains a major issue for startups, according to a leading figure in the sector.

“There’s the data and analytics guys who are determining needs based on observed experiences. There’s the app developers – and the Murdoch Research Institute is big on using apps within institutions,” Hallam says.

“Then there’s applying new technologies to health, such as Google Glass and the work b2Cloud are doing, or Curve Tomorrow at the Murdoch Institute using robotics to look at joint movement for kids.”

An example of an innovative local health startup recently profiled by Private Media is Pathobin, which allows pathologists to upload high-resolution images of glass slides to the cloud.

According to Hallam, Australian startups and researchers are on the cutting edge when it comes to finding medical uses for technologies such as apps, robotics and Google Glass.

“We recently had a demo [at StartUp HealthTech] of Google Glass, which has big implications for visually impaired and deaf people. Big corporates are also starting to invest in the health space.”

The HealthTech Meetup group has already attracted a number of both corporate, startup and public sector sponsors, including Medibank, IBM, The Royal Children’s Hospital, The York Butter Factory and Inspire9.

Hallam cites IBM’s regional executive of ecosystem development, David Mast, as a key example of a senior business executive investing in the sector.

“IBM now has a whole ecosystem division looking at health and how big data can improve medical care,” Hallam says.

Meanwhile, at a grassroots level, Hallam says Melbourne has one of the world’s fastest growing health tech startup communities.

“We formed the Meetup Group last September, and it’s one of the fastest growing groups in the space. A similar group in New York started off with 10 members and took about a year to reach 100,” he says.

“We expected a small group – mostly clinicians or inventors – and got 80 to our first meeting. We’re now getting close to 1000 showing up.

“We offer a forum for people working in new technologies, and for groups asking for help.

The advantage of having regular face-to-face meetings is that they present an opportunity to regularly bring together not-for-profit groups or doctors with entrepreneurs and researchers who can find solutions.

“They say ‘we have a problem, and we’re looking for innovative entrepreneurs to help the problem’. Once we’ve got the ideas, the issue is getting the funding,” Hallam says.

However, while corporate interest is growing, the sector still lacks a lot of the dedicated infrastructure it requires for future growth, such as dedicated venture capital funds and accelerators.

“There’s a vacuum of accelerators and incubators really focusing on the health tech space, so many kids end up taking their ideas to Silicon Valley,” he says.