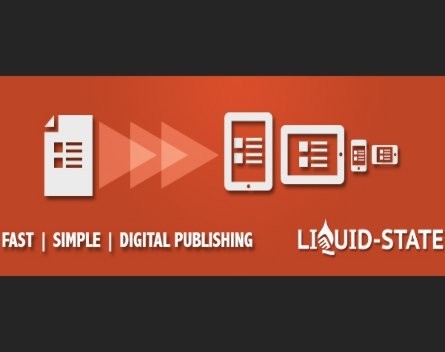 Just over half of the funds, $350,000 came from Commericialisation Australia, a federal government initiative to boost Australian start-ups.

“That’s the way the start-up industry is going in Australia. Commercialisation Australia funded a lot of heavy industry and mining start-ups as well, but part of what drew them to us was we’re representative of the new economy and a bit of a shift in Australia’s business direction,” Kriewaldt says.

The platform allows users to publish ebooks, brochures and corporate newsletters as apps for mobile and desktop devices.

The platform is running on the iOS system, with the Android version in later stage beta testing. They intend to have a Microsoft 8 version out later this year.

The funding will allow the start-up to scale globally in the coming months.

“We’re looking to establish strong customer relationships in different key markets, including continental Europe, the UK, New York and Asia. We’re going to use the money to either get people on the ground and start some serious business development or for travel expenses of the core team,” Kriewaldt says.

They’ve already hired a business development manager in the UK, and will be using networks built while taking part in a Berlin accelerator program last year to locate similar roles in Europe.

“Asia is closer for us to travel to and we have fewer inroads there, so it’s better for us to send people there (Europe) for now,” Kriewaldt says.

Liquid State incorporated in October 2011. After graduating from the Startupbootcamp Berlin accelerator program in November 2012, the team of four returned to Brisbane and began raising funds.

“We’re still asking ourselves exactly how we got the angel funding,” Kriewaldt says, adding they had always intended to pitch to Brisbane Angels. “It’s not a very sexy or exciting process, but we pitched to the group and it went from there.”

Kriewaldt says that having to pitch their business every day for six months during the Berlin bootcamp helped them get a clear vision for their business and how to sell it.