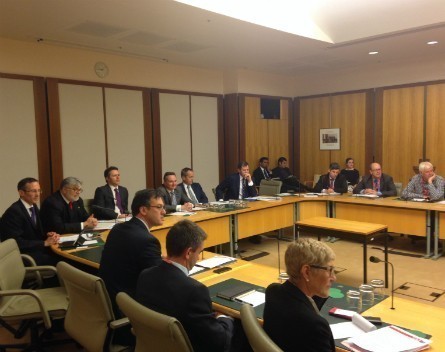 There has been a “major shift” in the amount of venture capital on offer for Australian startups as the tech community finally begins to unlock the super funds, AVCAL chief executive Yasser El-Ansery says.

Convincing these superannuation funds to plunge more money into venture capital has long been a mission for the startup community and both sides of politics have recently joined the cause.

Now with increased pressure from Canberra, it seems the key is finally turning.

“I’ve seen a major shift in the past few months and I think that the messages coming from the new federal government are helping to instil greater confidence in our long-term future,” El-Ansery tells StartupSmart.

“Investing capital into high-growth Australian businesses is now seen as a national economic priority and it needs to remain a priority for the foreseeable future.”

The rise of the $200 million funds

Hostplus became the latest super fund to commit large amounts of funds to VC this week, announcing plans to invest $400 million over the next five years, as the AFR reports.

It comes as First State Super also plans to double its $120 million investment in that medtech fund and Australian universities and the CSIRO are in deep discussions with super funds to set up commercialisation funds of their own.

“There is a build-up of momentum now from some super funds that are looking very closely at the metrics of allocating into venture capital funds,” El-Ansery says.

“A few years ago that simply wasn’t happening.”

Filling the gaps and stemming the tide

Having these large funds turning their attention to startups and the tech world will help to fill the country’s funding gap and stop the flow of Australian entrepreneurs leaving our shores, El-Ansery says.

“We have not had a sufficient depth of capital available to invest with businesses requiring later stage funding and that’s why we’ve seen so many entrepreneurs relocate to the US and other markets,” he says.

“We’ve been working with the government and with the regulators for some time now on removing a number of roadblocks getting in the way of super funds allocating capital into venture and private equity.”

A desire to unlock super funds for venture capital has gained widespread bipartisan support this year. Methods for doing this were a big theme in the federal government’s inaugural Policy Hack last month and is likely to feature in next week’s innovation statement.

The opposition also conducted a roundtable discussion with heavy hitters in both camps last month in an effort to bring both sides of the equation together.

But El-Ansery says there is still a lot to be done in politics to remove the barriers that are preventing more super funds going into venture capital.

“One of the things that the government still needs to do is fix the new regulations which will force super funds to publicly report the market valuation of their unlisted investments into venture and private equity next year,” he says.

“If those regulations come into force as planned, it will disadvantage super funds who want to keep investing into unlisted high-growth Australian businesses and we can’t afford for that to happen.

“The other thing we need to do is rest the conversation about the design and regulation of our superannuation system. We have to move away from a one-side focus on fees, towards a more balanced approach where net returns to fund members is the central objective in the context of accumulation.

“If we don’t do that, we will continue to see constraints around our capacity to invest in high-growth Australian businesses through later-stage funding.”