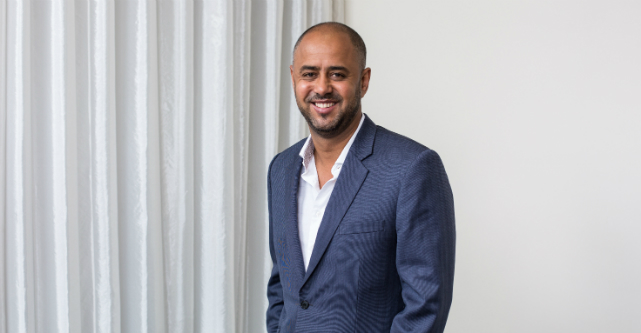 A Sydney-based digital health advertising platform has closed a $25 million funding round and acquired a large competitor in a “watershed moment” for the tech company.

Medical Channel, which launched in 2012, operates and provides content for digital display screens in waiting rooms in health providers around Australia.

The funding round was led by Sandbar Investments and the Wingate Group and will primarily be used to buy competing digital signage platform Community Network.

Medical Channel CEO Nazar Musa says his pitch to investors ticked all of the boxes and attracted several heavyweights.

“We have a very compelling business case that showed our strengths as a professional, well-run customer-focused organisation that has a really good footprint in the health space,” Musa tells StartupSmart.

“To go to potential investors with a story that talks about immediate profitability, decent revenues and market leadership is a healthy way to approach it.”

Musa says Community Network has been on his radar for a while as a competitor, and the two companies have been in talks about an acquisition for several months.

“They have a fantastic community and local ad network, and a decent number of screens as well,” he says.

“We’ve watched them as a rival, and when I came into the business in January it became apparent to me that the structure of the way they operate was a really nice fit for us.”

The point-of-care digital media company now also has 7000 partner advertisers to provide content for these screens, with viewers spending an average of 30 minutes in the various locations.

“There’s an addressable market of 6000 practices in Australia, and with ours and the Community Network we’ve secured our market leadership,” he says.

Along with the acquisition, the latest funding round will also be used to continue Medical Channel’s “momentous” growth over the last year, he says.

“The rest of the money is for us to continue that growth. We need to grow further in the health space and it’s good to have the money in the bank for any other opportunity that shows itself,” Musa says.

“The business is immediately profitable, so the extra money is about funding extraordinary future growth.”

If a startup has the basics right and can answer the hard questions, there is a wealth of funding on offer in Australia, he says.

“If you’ve got the right message and the right story and can back it up with the fundamentals around numbers and decks then there’s a very interested investment community in Australia,” Musa says.

“It took longer than we wanted but that’s okay, no good thing comes easily.”

As part of the funding round Sandbar’s Darren Smorgon and Wingate Group’s David Jackson will be joining the Medical Channel board, along with chairman Dr Phillip Wing and digital media entrepreneur and investor Tony Faure.

“These are going to be really invaluable investors that we’ve got and are going to add absolute value outside of money by being on our board,” Musa says.

“It’s a very exciting day for us.”