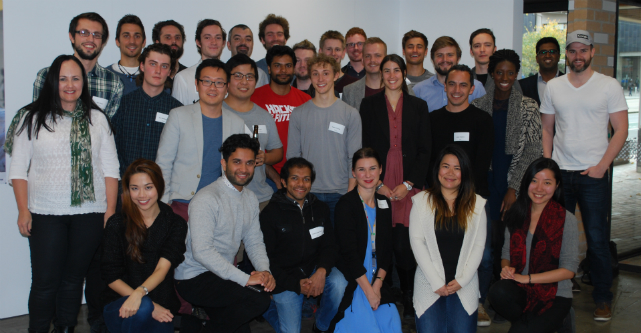 The Melbourne Accelerator Program has revealed the 10 startups that will be taking part in its latest program after receiving twice as many applications than last year.

Over 120 early-stage companies applied for the five-month accelerator program and after a three-stage selection process, 10 have been selected to receive $20,000 in funding, office space at the University of Melbourne, mentoring, development workshops and pitching opportunities in Melbourne, Sydney and Silicon Valley.

MAP does not take any equity from the participating startups, and at least one of the company’s founders must be an alumni of the University of Melbourne.

The accelerator has upped its intake from eight for the 2016 program after partnering with Australia Post, who is funding the two extra spots.

MAP director Rohan Workman says they were “blown away” by the number and quality of applicants this time round.

“There’s a massive appetite for entrepreneurship and more people want to get involved,” Workman tells StartupSmart.

“Even if you’re a fairly early-stage company there’s still a lot you can get from the process. Most importantly they get access to people and places that they just wouldn’t get otherwise – we have strong connections into the industry and a global alumni network that is growing.

Included in the intake is a renewable energy tech company, a collective of hackers and an all-terrain buggy “at your feet”.

But the focus was much wider than just gender diversity, he says.

“A lot of the time diversity is noted as just gender – that’s one part of it but it’s also in terms of cultural background, age and business idea,” Workman says.

“We want a really big melting pot and we have a really diverse group across the board.”

Despite having vastly different businesses, Workman says there was a common theme among the successful applicants.

“The 10 that we picked had a clear value proposition for solving the problem they had identified,” he says.

“Their solution made sense and understood the market.”

One of the 10 selected startups is Curve, a digital health company that’ll be teaming up with two surgeons through the program to develop Axon, an e-health platform aiming to streamline patient care.

Curve director Sanji Kanagalingam says the accelerator program will be a priceless experience for the team.

“Experience and guidance from entrepreneurs and mentors who have successfully released products to market and scaled them both nationally and internationally will be invaluable to our business, as will access to potential funders and partners who can help take the product to market,” Kanagalingam says.

“Curve will benefit directly from the expertise of tech heavyweights and VCs, but we’re also excited about receiving input from mentors in more diverse fields.”

With the sharp increase in applications, Workman says MAP will also be working with some of the unsuccessful startups to improve their pitches and offering.

“It was very competitive and a lot of people missed out that would’ve got in in previous years,” he says.

Since June 2012, MAP’s alumni have raised more than $11 million in funding, generated $10 million in revenue and created over 200 jobs.