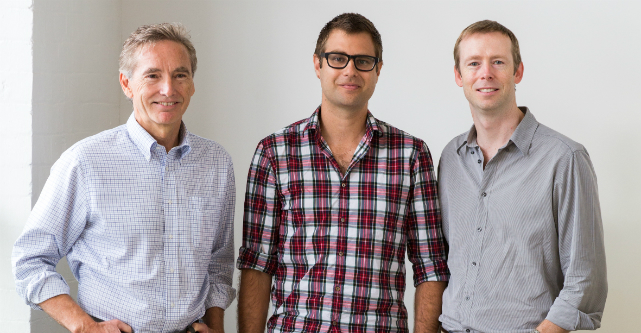 A Melbourne startup has closed a $500,000 seed round and become the first company to enter Blackbird Ventures’ new angel investor scouting program.

Allen is also an angel investor scouting for startups as part of the Blackbird Ventures Flock program, and says Hava is solving a common problem.

“This is a classic example of startup founders solving a problem that they were facing,” Allen tells StartupSmart.

“It’s a massive problem that just about everyone has.”

“They’re attacking a really interesting market – one that is growing day by day,” Baker tells StartupSmart.

Allen, who deals with people working on tech solutions on a daily basis, says he always keeps his eye out for great products built by highly skilled people.

The Blackbird Ventures Flock program utilises carefully selected angel investors from its network to hunt for promising new tech solutions and startups to co-invest in.

“If [the angel] invests a certain amount in a company, Blackbird Ventures will invest another chunk of money,” Baker says.

Allen says the program is great because it helps bolster his ability to help the startups he invests in.

“It’s an amazing way for angels like us to be really effective,” he says.

After coming across Hava, Allen recommended its co-founder Peter Gatt and his team, who are all developers, spend a couple of months building business acumen at the Founder Institute.

“They came out top of the class, they proved to everybody that not only can they build products but they can take advice and they utilised the network very well,” Allen says.

At the end of the course, Hava’s founding team asked Allen to come on board as an advisor.

Shortly after, he became their angel investor and linked them in to Blackbird’s Flock program.

Baker says they decided to a run this scout-style fund to ensure its growing network of founders and companies are well supported to continue making deals and investing in growth opportunities.

Many of the founders Baker and his team have invested in are turning into angel investors themselves so a program like this helps enable them to amplify investment in promising startups through joint backing.

He says this approach to investing is taking place around the world – including by Sequoia in the US.

For startups hoping to get scouted into the program, Bakers says he’s looking for Australian companies with their eyes set on international expansion.

“We only invest in businesses that are forming in Australia or Australian founders, but are tackling global problems from day one,” he says.