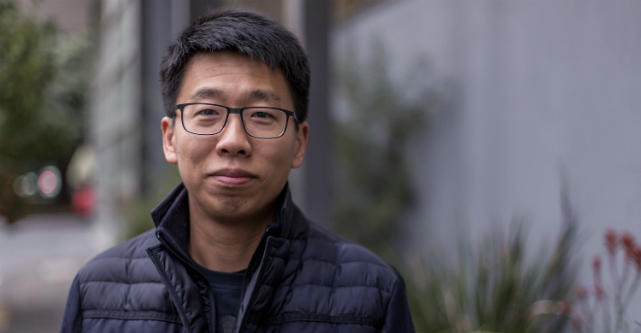 A Melbourne-based fintech startup has secured a $4.5 million ($US3 million) funding round led by a large Chinese venture capital firm.

The pre-Series A round in cross-border transactions platform Airwallex was led by Gobi Partners and also had the backing of Gravity VC and some big name angel investors.

The platform allows SMEs and sole traders to issue and pay invoices in their chosen currency at the mid-market foreign exchange rate, with co-founder and CEO Jack Zhang saying Airwallex can secure up to a 50% better rate.

The startup, which is based in Melbourne and has offices in China, is currently in beta mode but is set to be officially launched in the coming weeks

Zhang, who formerly worked at NAB, says he originally planned to also visit Silicon Valley to seek funding, but quickly secured the cash in Asia.

“We closed it after a few weeks in China,” Zhang tells StartupSmart.

“Initially I didn’t think it was going to be that fast, we were planning for a few months.”

Half of the cash injection will go towards further developing the platform while the rest will be used to hire more staff and gain regulatory approval in new markets in New Zealand, Singapore, Japan and the UK.

Zhang says there’s currently a gap in the market, and SMEs are shut out from the foreign exchange rates enjoyed by bigger corporations.

“The major companies are the banks and a few big companies – PayPal is the big payments company but they’re not really focusing on cross-border transactions,” he says.

“We saw the market opportunity here. There’s nothing out there that helps SMEs when they’re trying to expand globally. They reach a bottleneck in Australia, want to sell in China and gets complicated with payments.

The beta phase proved useful to validate the platform and gain useful insights into what the market is crying out for, Zhang says.

“We’ve been talking to a lot of users and gathering feedback, and we’ve done a lot of things to improve the product,” he says.

“The feedback has been good. There’s a genuine requirement from the consumer market – they need something like us to solve that issue.”

For Gobi Partners managing partner Michael Zhu, the decision to invest in the Melbourne fintech came down to the team behind it and the market it is targeting.

“The Airwallex team has more than a decade of experience in the banking and foreign exchange sector across Australia, China and Hong Kong,” Zhu says.

“They’ve built an impressive platform and I believe they have the potential to truly disrupt the current cross-border payment ecosystem.”