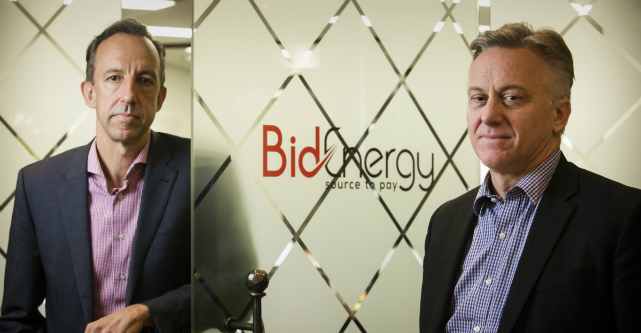 Melbourne-based energy spend management platform BidEnergy has successfully completed a backdoor listing on the ASX after raising $7 million in funding.

The funding round, raised following a reverse takeover of Cove Resources late last year, was led by Canaccord and Cynget.

BidEnergy is a cloud-based subscription service giving business clients into energy consumption and spending across the business and then allows energy suppliers to bid to provide the most cost-effective service.

It has brought all 20 major commercial energy suppliers in Australia on board and boasts large corporate clients including Cotton On, General Electric Australia and Luxottica.

BidEnergy began trading on the ASX on Wednesday morning, marking an “extraordinary milestone” for the startup, CEO Stuart Allinson says.

“This is a huge effort from our staff,” Allinson tells StartupSmart.

“This has all been locally developed – we’re a Melbourne tech story. We have some incredibly talented people and they’ve been a key part of our success story.”

But Allinson says that after a few moments of celebration the real work will begin.

“We’re excited but it’s business as usual,” he says.

“Our staff were briefed to take a moment to celebrate and congratulate each other on this extraordinary milestone, but this is about getting us to the start line. We’re treated it as a normal day.”

Allinson says the process of auditing a large company’s energy consumption was previously the domain of “specialists with spreadsheets”, and that BidEnergy’s fully automated approach will revolutionise the market.

“Ultimately it’s a flexible approach to this supply chain category,” he says.

“That’s why digitisation is so valuable and why we’ve been so successful.”

The $7 million funding round will be used to implement a “three pronged strategy”, Allinson says, consisting of an increased focus on enterprise sale, pushing the product through different channels and international expansions into the US and UK.

“Fundamentally we’re seeing and tackling a global problem,” he says.

The former chair of the Climate Change Authority says he had a “galvanising” moment while at a conference in America last year that convinced him to take BidEnergy public.

“My main takeaway from that was that if we wanted to break into the US market we really had to be listed on a recognised stock exchange,” Allinson says.

“That was the lightbulb moment for us and showed us where we needed to go next.”

Tech companies taking the “backdoor” to list on the ASX has become increasingly controversial, with the market currently considering a proposal to tighten financial restrictions on this method.

But Allinson says it is a “very sensible and legitimate” route to going public.

“We’ve had a great experience with the process and we’ve had strong private and institutional support in the lead up to this,” he says.

“I don’t have a problem with this as a method of getting to market.”

He says it’s crucial for an early-stage tech company to bring in outside support from experienced individuals and to be always looking towards the next step in the startup journey.

“You need to be getting the right support at the right time,” Allinson says.

“It’s about being very disciplined about setting milestones that your investor community is comfortable about.

“We’ve been trying to behave as though we were listed for the past year. You need to be thinking at that next level of operating.”