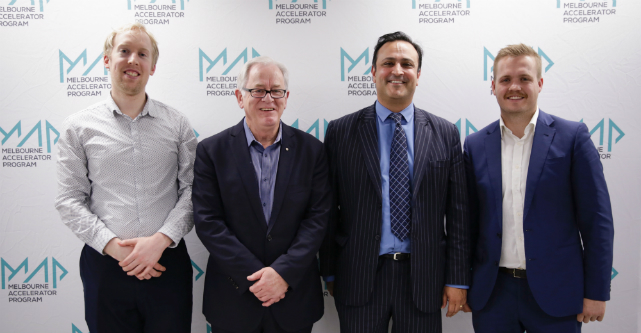 A Melbourne biotech startup has secured nearly $1 million in seed funding and brought former federal trade minister Andrew Robb on as an advisor as it looks to improve the way antidepressants are prescribed.

CNSDose is working to develop a genomic test to tailor the prescription of antidepressants for patients and avoid the need for trial and error when prescribing.

The concept has been developed by registered psychiatrist and CNSDose founder Ajeet Singh across nearly a decade.

A dose of seed funding

The startup recently closed a seed round of nearly $1 million from two anonymous individuals, with the funding used for a trial launch in the US in October.

Singh says that the fundraising process was a surprisingly smooth one.

“The usual dogma is you have to knock on 100 funding doors to get one to partially open, but we were fortunate that there was a group of investors quite keen for some precision medicine exposure,” Singh tells StartupSmart.

Robb will be joining the CNSDose advisory board, his first public role since retiring from politics right before the recent federal election.

Singh says he contacted the former trade minister on a whim after reading about his own public battle with “the black dog”.

“I was aware that he was leaving politics and had an interest in depression, so we sent him an email indicating what we were doing and whether he had any advice,” Singh says.

“We weren’t really expecting to get a response but he said that when he saw it it ticked a lot of the boxes for what he was interest in.

Robb, who spent nearly six months trying to find the right antidepressants, says the technology CNSDose is pioneering could revolutionise the treatment of depression.

“It’s going to turn the treatment of depression on its head – especially in regional areas of Australia and areas which are not well serviced with specialists and psychiatrists,” Robb says in a statement.

Robb will join former head of the department of psychiatry at the University of Melbourne John Tiller and US med-tech investor Mark Heinemeyer on the CNSDose board of advisors.

“These are strong signals of confidence in the technology and its commercialisation ability,” Singh says.

“For us now it’s about executing well and making sure we justify their votes of confidence.”

Singh began working as a psychiatrist in 2005, and after witnessing the difficulties of prescribing antidepressants, came up with the idea for CNSDose the next year.

“After a year of working it was clear that most of the prescribing was trial and error,” he says.

“I had the idea in March 2006 and went down the traditional academic approach then I realised that a lot of research just ends up on a bookshelf in a library.”

After years of researching and developing the technology, the entrepreneur set up a holding company in 2012 and set his sights on commercialising the offering.

The technology utilises genomic testing to determine an individual’s ability to metabolise antidepressants, improving the response to these drugs.

Through the technology, patients send a saliva sample to be analysed, with the details sent to a doctor along with a report on the right medication and doses.

Singh says that while this is groundbreaking technology in this field, it is an area that will quickly develop.

“The genetic technology at the moment is like a one megapixel camera – the technology will go obsolete fast,” he says.

“Hopefully we’ll become robustly profitable then channel that into R&D. I can see how to build a 10 megapixel version of what we’ve got. We’re in the dawning era of genetically guided prescribing.”

To achieve this, the startup has completed a wide range of testing and reporting, and will be launching in the US by October before embarking on a large Series A round to fuel a global launch next year.

“The test in the US will enable us to find and ramp up capital quite quickly to try to birth that 10 megapixel version of the technology,” Singh says.

“We have the highest level of evidence globally for any such report to guide antidepressants.

“The time to go to market is now.”

Stemming from his work as a psychiatrist, the doctor says he is driven by a desire to improve the way depression is treated around the world.

“The thing that really grounds us is that there’s an immense need to get better outcomes in thehe treatment of depression,” Singh says.

“This sort of technology is one of the few that offers real hope to improve outcomes.”

It’s this underlying desire to do good that can make or break a startup, Singh says.

“An overnight success never happens overnight, it can take time,” he says.

“The only thing that sustains you is passion. Unless you’re deeply passionate about what you’re doing then I don’t think you’ll last.”