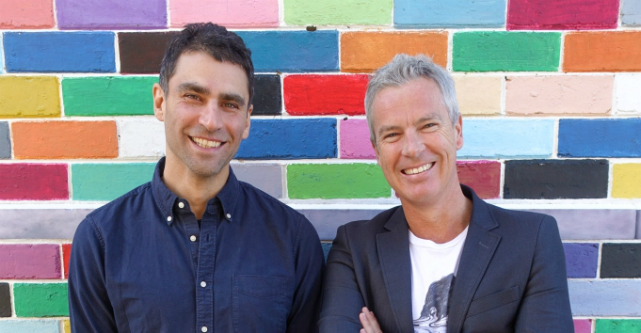 Melbourne video platform startup Genero has secured $4 million in funding after a six-month search to find the right investor, and now it wants to take on the world.

Genero offers a two-sided platform connecting clients with video creators, and after launching in 2009 has now built a community of 300,000 filmmakers across 180 countries.

The funding comes from Ellerstone Ventures, Ellerston Capital’s new venture capital fund that boasts James Packer as a major shareholder, and Genero co-founder Andrew Lane says they chose to take their time in order to find the perfect investor.

“It was about taking the time and finding the right people,” Lane tells StartupSmart.

“Each investment becomes more and more important and you need to take the time to find the right people.”

“They kept an eye on what we’ve been up to and they’re a big fan of the space,” Lane says.

“It felt really natural meeting with them and talking about where the busines is going.”

Entwisle says that this funding round is about much more than just added capital.

With the $4 million cash injection, Genero is now looking to take on the world, with plans to open new offices in Sydney, New York and Singapore this year, as well as further developing its software.

“The rest of the year is about getting those overseas offices set up and making a lot of hirings,” Lane says.

“We want to be bringing the right people into the business.”

On the Genero platform, users can post a brief for a video, with filmmakers then providing creative ideas. Once a concept is selected, the user can then manage the entire production.

Genero’s clients include the likes of Qantas, Airbnb, eBay and Sony.

The startup’s rapid growth so far has mainly been organic, Entwisle says, with the company now turning its attention to raising broader awareness of its offering.

“This will be the first time we’re spending money on marketing and PR,” he says.

“We’ve been really careful about making sure we’ve grown the business in a way that’s focused on the long term.”

Taking the time to get it right

It’s important that founders dedicate a long period of time to a funding round and canvas all available opportunities, Lane says.

“Don’t underestimate how much you have to put into this process,” he says.

“It’s not something that comes very quickly or very easily – you have to put a lot of effort into it and you need to realise that upfront.”

The Genero team looked to the UK and Asia for investment, but eventually settled on the Australian VC firm due to its strategic and cultural fit.

“We’ve done a few funding rounds and that’s one of the key lessons – it’s not just about money or strategic fit, a really big part of it is making sure they’re someone you can work with together on a day-to-day basis,” Entwisle says.

This is especially important in the rollercoaster world of startups, Lane adds.

“If everything is going well then it’s fine but there are going to be times when there’s more pressure on the business and that’s when you need investors that are supportive and have faith in you,” he says.