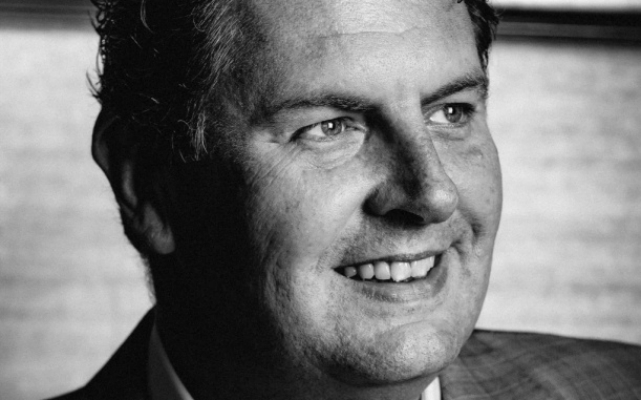 Melbourne video virtualisation startup Linius has scored a $500,000 investment from Village Roadshow boss Robert Kirby in a strategic move to drive the company towards commercialisation.

The investment comes through the Kirby Family Trust, which has acquired 10 million shares in Linius Technologies for 5 cents each.

Linius, which went public in May through a backdoor listing after raising $3.5 million, offers a patented video virtualisation engine which treats video content as data rather than video, creating a wide range of personalisation options.

Its first application aims to bring personalised direct advertising from the internet to television.

Linius CEO Chris Richardson says the Kirby Family Trust approached the company when it wasn’t even looking for funding.

“They said they could help us with intros but what they really wanted was to invest in us,” Richardson tells StartupSmart.

“We were completely happy with our cash situation, we had just done a raise, and we weren’t looking to raise money at all.”

But the strategic value of having such a prominent investor was too enticing, Richardson says.

“The film and cinema side of things is very closed,” he says.

“It’s easy enough to call up a tech company and get onto an executive, but if you’re calling up Warner they’re not going to talk to some crazy startup from Australia. But they will take a call from the Kirby’s.

“We see great potential for the Linius technology to impact many areas of the film industry, from reducing production costs, potentially reducing piracy to opening up a myriad of new monetisation opportunities for content products and broadcasters alike,” Kirby says in a statement.

“We are excited to be involved with this transformative technology and look forward to assisting Chris and his team drive the business to even greater heights.”

Imagination is the limit

Linius’ technology works by extracting a small index file from a video, allowing for this to be modified while the rest of the video is untouched.

Its first application is for personalised advertising on cable TV, with Linius partnering with Digisoft to demonstrate the disruptive capabilities of this technology at the 2016 International Broadcasting Convention.

“If you sit down to watch Foxtel you and your neighbour will see exactly the same ads,” he says.

“With Linius we’re able to provide the same kind of direct, personal advertising on cable TV that you see today on the internet.”

When these form of advertising launched online, its value went up by 2.7 times, he says.

“There’s an opportunity for a huge bump in advertising revenue, or being much better able to compete with the Netflix’s of the world.”

But the technology isn’t limited to this application, with Richardson also saying it can be used to near-instantaneously compile tailored highlights packages for sport.

“Today if you need a highlights reel someone has to sit down at an editing booth and find all the clips you want then copy and paste them into a new video,” he says.

“With our technology that processing part goes away completely. You can have a user sit on a website, search for all the footy goals and stream it exactly how they want.

“Anywhere you can imagine copy and pasting videos together that you can’t do today, with us it’s instantaneous. Your imagination is the limit.”