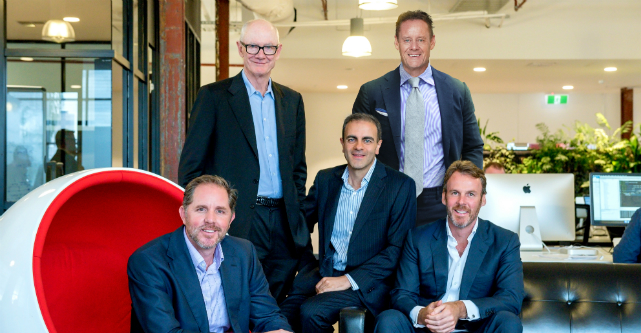 A Melbourne-based SaaS startup has secured more than $5 million in funding as it looks to take advantage of a rapidly growing market opportunity and aggressively expand across Australia and internationally.

Field service and asset management software provider for enterprise Loc8 has scored the Series A round from a consortium of local investors led by Clinton Capital Partners.

Founded in 2011, Loc8’s software is now used by asset owners, service providers and subcontractor organisations in the mining and industrial spaces.

A year and a half in the works

It was when the founder met Clinton Capital Partners principal Randolf Clinton that it all came together.

“What really came out of that whole process was having someone like that working through the process with us would be far more effective than doing it ourselves,” Hodges tells StartupSmart.

Five months later, the sizable funding round was closed. While Hodges won’t reveal the exact figure, he says it’s well over $5 million and that investors were convinced by Loc8’s recent success with large enterprise clients.

“Our largest pitch was down to our ability to provide a solution for asset owners, large organisations and service providers and then integrate all the information in the service supply chain,” Hodges says.

“We can cut down the number of calls needed from 10-19 to two or three or even now.”

“The moment we met with David and the Loc8 business we were impressed with their vision, strategy, execution capabilities and ultimately, results,” Clinton says.

“Loc8 is truly one of the more impressive businesses we have seen in the last year.”

It marks the first external funding round in Loc8, and Hodges says this was to pour fuel on expansion plans and to capitalise on a growing market opportunity.

“Being self-funded is very slow and while we could plod along, we feel that in the space we’re in there’s a window of time for us to really achieve very significant growth and to expand overseas,” he says.

“We don’t want to take that risk without some decent backing and people on board that have done that before and understand it.”

The cash injection will be used for continual expansions in Australia and internationally, as well as for marketing and bolstering the startup’s team.

Loc8 has offices in New York and London, and Hodges says the company has enjoyed 100% year-on-year growth in 2016.

“We’re certainly focused on exceeding 100% growth in the next 18-24 months, and so far we’re on target,” Hodges says.

Just as the fundraising process became easier after drawing on outside talent, Hodges says more founders need to surround themselves with experienced advisors in order to succeed.

“The biggest lesson we’ve learnt is that it’s sometimes easy to look at what you’ve done and think that you can do it all yourself again,” he says.

“Running a small business is very cash-focused, technology-focused and agile, but when you bring people in that are far more experienced both in the market and with raising money, that changes the way the whole management team thinks.

“That’s something that would’ve been effective if we’d done it years before.

“Entrepreneurs are good at listening and asking for advice, but we don’t always take that next jump and formally engage people to join in partnerships.”