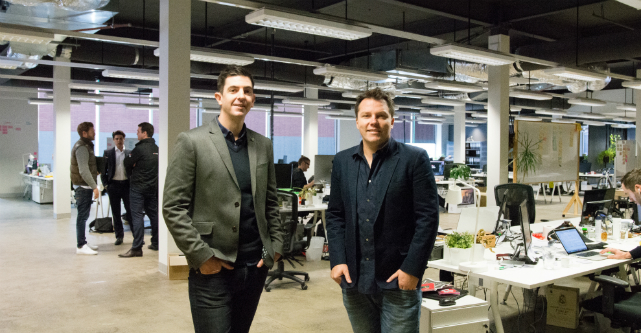 Melbourne-based startup Marketplacer has secured a further $11 million in funding as it looks to ramp up its global expansion and consolidate triple-digit growth.

The ecommerce company, which offers a platform for companies to create global marketplaces quickly and also runs five marketplaces of its own, has now raised more than $20 million in private funding.

The internal funding round was led by prominent Australian businessman Gerry Ryan, who is also a board member at the startup.

Marketplacer founder and managing director Jason Wyatt says the funding round was smooth this time round thanks to the strong relationships that had already been established.

“We’re incredibly fortunate that it is an internal funding round,” Wyatt tells StartupSmart.

“We were lucky enough about 18 months ago to pull together a board and investor group of incredible people. Over a long period of time we created some core relationships and have taken people on our journey with us.”

Marketplacer now has well over 2000 retail clients and has deliver over $600 million-worth of leads to these retailers in the last year.

The startup is on the verge of an aggressive international expansion and will soon be opening an offices in Belgium, England and Ireland.

It has also unveiled a new offering – a fully hosted solution enabling users to create their own tailored marketplace in any industry and for any service.

Wyatt says the idea for this came from the team’s personal experience in building a two-sided marketplace.

“It wasn’t until 2012 that we realised how hard it was to create the tech platform,” he says.

“If we had someone to partner with earlier that had all the know-how and knowledge then we could have focused on gaining market share and great customer user experience, and the path to market would’ve been significantly reduced.”

This is where Marketplacer’s new offering comes in.

“If you want to create an essay you don’t invent Microsoft Word,” Wyatt says.

The other side of the business, where Marketplacer runs its own marketplaces and actively acquires other companies, has enjoyed triple-digit revenue growth across the last year, Wyatt says.

The large cash injection will be used to fund both sides of the business, he says, and will used for global marketing efforts, product developments and further acquisition and alliance opportunities.

“We’ll continue to take good strategic stakes where we can leverage our tech processes, knowledge and access to capital,” Wyatt says.

While the option of going public early in a company’s life is especially enticing at the moment, he says it’s important for a startup to wait until they’re ready and seek private funding first.

“But if you go to the public markets before you have mature forecasts and understand the heartbeat of the business you’re actually jeopardising your whole venture.

“Public markets expect reliability around everything you do and the burden around compliance reporting, the roadshows and managing large groups of institutional investors can take the core founders and CEOs out from actually growing the business and onto the fluffier stuff instead.”

And it’s crucial that founders take just take the first private funding offer but instead pinpoint someone that is offering more than just funding, he says.

“You need a robust plan and partners that can help from a strategic, network and alliance perspective. The reality is that investors aren’t going to come in and run your business for you.

“Smart investors help you, guide you and mentor you in your journey.

“They have a wealth of experience, knowledge and lessons that you haven’t had yet as a startup founder and they can significantly accelerate your business faster than doing it alone.”