Melbourne startup offering headphones that tune to your ears raises $200,000 in two days 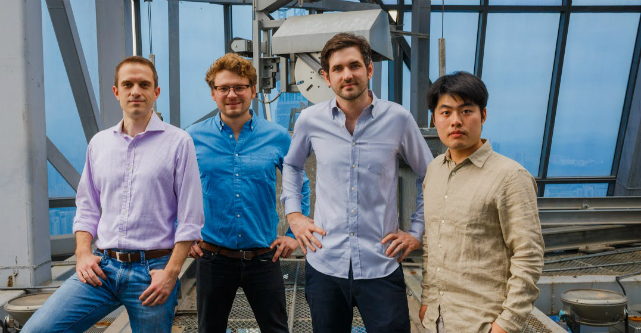 An Australian startup that has created headphones that tune to each listener’s own ears has raised more than $200,000 in just two days through a crowdfunding campaign.

Nura offers headphones which automatically adapt to the listener’s hearing based on small changes in anatomy from ear to ear. The sound is then personalised for each user.

Current headphones usually have only one sound profile, though users can edit this through equaliser settings on their device.

Nura uses a tiny but sensitive microphone to hear not only the sound that enters your ear, but also the very faint sound our ears create, known as otoacoustic emissions.

The team behind Nura went through the Melbourne Accelerator Program in May last year, where they received initial funding for the product.

In January this year the team joined the worldwide HAX accelerator, and moved to Shenzhen, China to focus on their product.

StartupSmart talked to the company’s co-founder and CEO Kyle Slater, who had just finished presenting Nura at HAX’s Demo Day in San Francisco.

Escaping to a corner of the busy demo room, Alex says things are going “really well” for the young tech company.

“I won’t lie, it’s a fairly abrupt change being in San Francisco, we’ve just spent the last three and a half months in Shenzhen,” Slater says.

“There’s about 400 people here, media, presenters and investors, who we’ve been getting lots of interest from.”

Nura is looking to display its unique technology as more than just high-tech headphones for audiophiles.

Slater says the product can aid streaming companies optimise their sound by gathering data on how different ears work.

But for the time being Slater is just focused on the Kickstarter campaign.

“We felt there was a huge population of music lovers, and when you’re buying headphones it can be confusing to know what to get, not to mention expensive,” he says.

“We knew that if we could present a solution to that which is far more objective, and actually talk about how people hear, people would get on board.

“No one really knew it was possible to do this.”

Nura uses a digital connector to connect with phones instead of the common analog jack, and Slater says there is “no question” that this is the future.

Dealing with the demand

Slater says he’s excited about how quickly the project was funded, and isn’t concerned about the thousands of users now waiting for their product.

The shipping date is set for April 2017, giving Nura just under a year to produce and test its headphones.

“That’s a reasonably long shipping date, we put a lot of thought into it and decided April 2017 is when we can deliver,” Slater says.

“We don’t want to be one of those Kickstarter companies that doesn’t deliver.

“We’ve got a really strong team, and we’ve over come a lot of the major barriers regarding credibility.”

Having spent the last three months in China focused solely on the product, Slater says they wouldn’t have launched if they didn’t believe they were ready.

Many Kickstarter projects introduce stretch goals – new additions or changes to the product are added when the project hits a certain amount of funding.

Slater says Nura will introduce stretch goals soon, but “nothing that will jeopardise the delivery day”.

“We are going to focus on what the product is about, no different colours or anything that introduces a risk of us not being able to deliver,” he says.

“We see ourselves as someone that will partner with the music community, they’re the reason our product exists.

“We need them, so we want to do something that benefits the community.”

Knowing when to launch

For other crowdfunding hopefuls, Slater says the best thing you can do is to go around and show people your product before you launch.

“Definitely don’t launch too early unless you have a product you can demonstrate,” Slater says.

“Be honest about your product to your backers, they know it’s your first product and if you’re transparent they will support you.”

Looking forward, Slater says Nura is focused on delivering to the first backers.

“We’re not going to get side tracked until that’s done,” he says.

Beyond that, Nura hopes to be able to improve the music community overall, using its data to optimise streaming and listening experiences.

“There’s power in understanding how hearing changes, and actually understanding who is connected to the headphones,” Slater says.