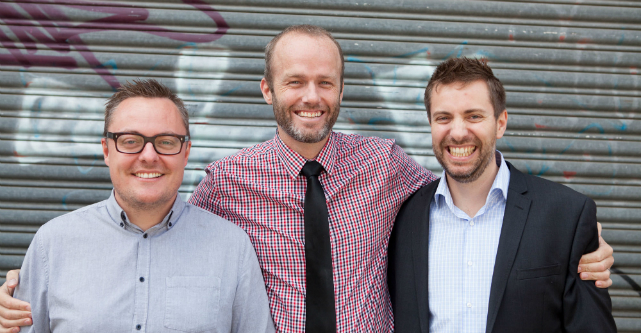 Melbourne-based platform payments solution PromisePay has closed a $14 million Series A round led by new investor Carsales.com as the fintech startup looks to ramp up international growth plans.

It’s another large funding round for an Australian startup this year, and PromisePay co-founder and chief executive Simon Lee says it’s proof that the investment sector in the country is coming of age.

“When we first started out in early 2014 fintech wasn’t cool,” Lee tells StartupSmart.

“We had to go overseas to get funding – no-one was interested in talking to us here. When we came back it had changed a bit, and now it’s at that boiling point.

“It’s really great to see a real transformation here in Australia, and now we’re set up for success.”

The latest funding round also saw Carsales come on board as a flagship client, with the company now using the PromisePay service on its 20 different platforms.

“We came out as the partner of choice and that’s fantastic validation,” Lee says.

“It’s exciting for Carsales to be the first mover in this space. Now you’re going to be able to buy a car online and pay securely and safely.”

The latest cash injection will be split in two, the co-founder says, with half used to build existing partners and establish new ones, and the rest to develop new strategic opportunities in the payments space.

PromisePay now operates in Australia, New Zealand, Canada and the US, and Lee says these four major markets will be the main focus for the time being.

“The next 18 months we’ll be focused on execution and growth and then we’ll look at strategic plans to go into other countries,” he says.

“We’re definitely taking that global approach rather than just focusing on the Australian market.”

Lee says the startup has enjoyed 25% month-on-month revenue growth across the last year, has doubled the number of signups in each quarter and tripled its internal headcount.

Although not revealing the valuation that the Series A round placed on his company, Lee says things are only just getting started for PromisePay.

“We’ve got some KPIs we want to hit and if we do that we’ll be looking at a ten times valuation next year than what it currently is,” he says.

“And we’re extremely happy with the valuation now – investors see the value in our business.”

And if all goes to plan, the Aussie startup will be looking to raise an even bigger lot of funding in 2018.

“The next thing is looking at do we IPO in 2018 or do we complete a massive cap raise?” Lee says.

“At the moment the focus is on those key KPIs this year and next year and then the funding won’t be a problem. We’ve proven that today.

“We’re executing on what we said and all our investors took up in this round.

“If we focus on execution and do that right the money will follow.”

Persisting through the hard times

Lee says uncompromising persistence and self-believe was crucial to getting through the tough early stages of building a startup.

“The biggest thing for any startup founder is to never give up and believe in yourself,” he says.

“If someone closes a door on you just keep knocking until they let you in.

“It was hard for us to raise funds to start with. We chased down everybody and nobody wanted to listen to us. Now with this round we couldn’t let any new investors in apart from Carsales.”

The ease of the recent funding round and the ability to get the backing of a huge corporate player is all thanks to this early persistence, he says.

“It’s a great change but definitely in our early days we had to chase every single opportunity and hound people,” Lee says.

“Sometimes what people don’t do in a startup is just constantly believe and go after the opportunities.”