Melbourne startup ResponSight closes $1.15 million seed round to aggressively expand around the world 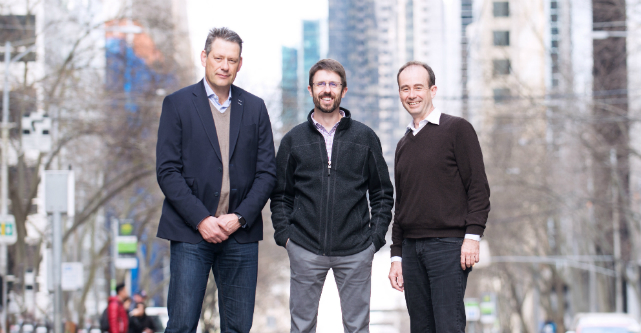 Melbourne-based cyber security startup ResponSight has closed a $1.15 million seed round to pour fuel on its aggressive international expansion plans.

The funding round was led by Carthona Capital and also included investment from Black Sheep Capital.

From validation to growth

The startup previously raised $75,000 through BlueChilli’s [email protected] program to build an MVP, and ResponSight CEO Jeff Paine says with the product successfully validated it’s now all about growth.

“We got a little bit of money for the MVP, and we piloted it and proved that the technology worked in a way we were happy enough to continue – it was even more successful than we expected,” Paine tells StartupSmart.

“Then we went out to raise a larger seed round in order to expand our development efforts and start looking at expanding through Oceania then into APAC and the US.”

The cash injection will be used to hire new team members and further build out the tech offering in order to facilitate these growth plans, Paine says.

“I’ve come to the realisation that there’s no reason for this business to be specifically targeting any one region,” he says.

“We want to use the funding to grow our presence offshore, but to keep the business in Australia.

“The optimist in me says that the market is massive. There’s no reason why this couldn’t be a significant global business.”

ResponSight’s technology can be used by companies in the banking, finance and superannuation sectors to identify unusual user behaviour at the end point.

Paine, who was previously a director of security at PwC, says this is an area commonly neglected in cyber security.

“In my 25 years of consulting the reality dawned on me that there was no real link being made between the end point – the machine the user was on – and the activity of the attacker,” he says.

“A few years ago I came up with the idea of effectively identifying the ways behaviours can be profiled on end points.

“We can’t tell who the end user is, but we can tell that user X is still user X or if they are behaving like someone else entirely.”

With cyber security becoming an increasingly crucial facet of enterprise businesses, he says there’s now a need to educate clients on ResponSight’s offering and how it’s different from competitors in the market.

“Cyber security certainly is an increasing challenge for companies of all sizes,” Paine says.

“The old school notion of corporate office networks being safe places for employees is really breaking up. The internet is now the corporate network and sensitive data is out there a lot of the time.

“Our goal is to take a view that the end point is an important place and we’re doing something different and unique.”

He says that the software created by his company can be integrated into a business’s wider cyber security tactics.

“We’re in the unique position of being a valuable complementary technology that allows banks that are already spending tens of millions of dollars on cyber security to unlock the power of that data and to give visibility of that roving laptop out in the wild,” Paine says.

The founder says that one of the keys to ResponSight’s early success was seeking market validation as soon as possible.

“In the early stages validation is number one,” Paine says.

“You need to understand what the market wants and if there’s actually a solution required in the space you’re targeting. If you haven’t done validation then you may not even have a business.”

It’s also important to find a cornerstone investor that is offering more than just money.

“We’re lucky to have found Carthona,” he says.

“They’re a very active investor and have a great network of contacts. They’re someone who wants to be involved in the business – they’re not just clipping the ticket.”